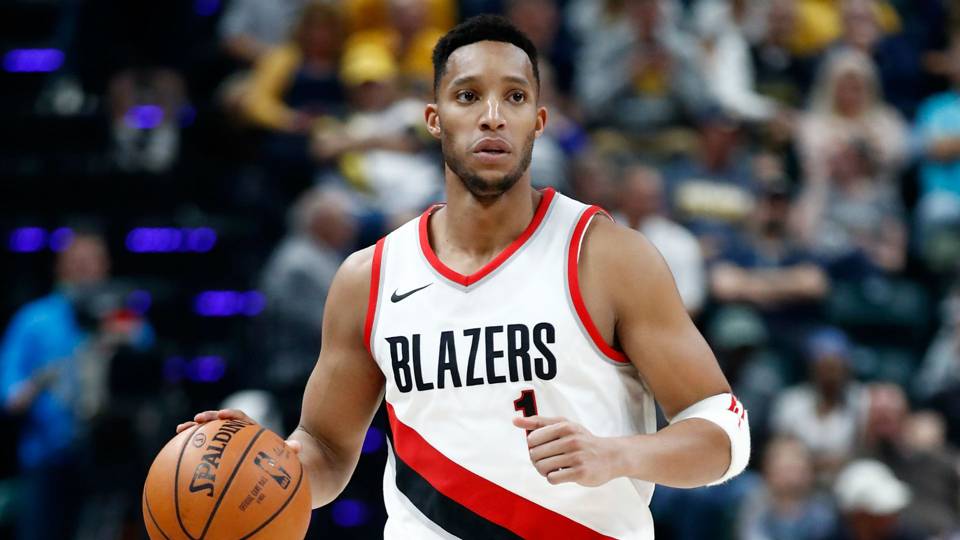 In what could hardly be described as a standard start to the day, Portland Trailblazers guard Evan Turner woke up this morning to find an enormous semi-truck in his swimming pool.

The driver of the truck, who was transporting a massive container filled with dirt, is said to have lost control while attempting to negotiate a hairpin corner, the traditional enemy of all oversized vehicles.

Garbage truck off ledge and into swimming pool in SW Portland. Driver injured but unclear to what extent. pic.twitter.com/xl9JfCfxVu

Looks like @thekidet’s pool is toast after truck filled with mud plunged down. Driver is in the hospital pic.twitter.com/wV6SapK9s9

A team of at least eight rescuers worked furiously to save the driver from the pool, after “scrambling down a hillside” to gain access to the man, according to The Oregonian.

The rescue workers then used the jaws of life to “pry the damaged steering column from the center console which had pinned the driver inside the vehicle”, the local news outlet reported.

In an additional twist, Turner’s chef – in a significant deviation from his usual roles at the Turner residence – reportedly kept the driver’s head above water for 10 minutes until the first responders arrived.

The driver was then taken to a nearby hospital with “serious” but non-life threatening injuries.

Turner later said that he “wasn’t aware that the driver was injured or how badly.”

It’s rapidly turning into a bad week for NBA homeowners, after former player Charlie Villanueva had his house broken into and toilet stolen on Tuesday, an inconceivable incident which later sparked the remarkable hashtag #findmytoilet.

I’m still tripping, who steals a toilet? Like why a toilet, 1 toilet @DallasPD still not at my house

Charlie are u looking for me ???

Personally, I would’ve gone for the jewellery first, but that’s just me.

Expect to see a photo and description of Charlie V’s missing toilet on milk cartons around America tomorrow.