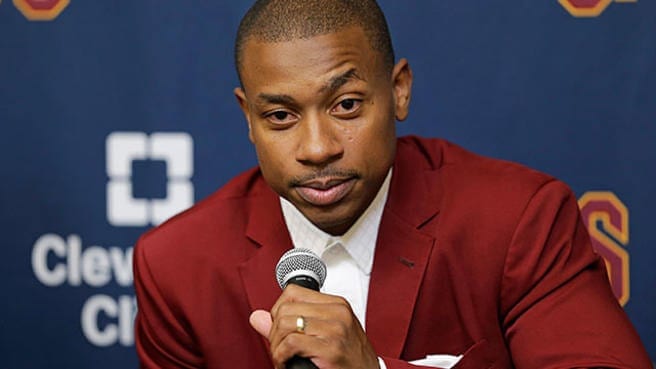 After spending what has felt like an eternity on the sidelines, Isaiah Thomas has finally narrowed down a return timetable and is on the brink of hitting the hardwood.

Thomas is targeting the first week of January, according to Yahoo Sports’ Shams Charania.

It would mark the first time Thomas has hit the floor since his remarkable 2017 playoffs campaign with the Bolton Celtics, before he was shipped to Cleveland in that cold-blooded Kyrie Irving deal.

Thomas has made significant progress from his hip injury, has confidence he could play now, but plan has been set to ensure he returns for long run this season. Cavaliers face Portland, Boston and Orlando in first week of January. https://t.co/Nea7J7GJzl

The Cavaliers have reportedly been extremely cautious when handling Thomas’ hip injury, an unfortunate ailment which struck during last year’s Eastern Conference Finals.

Both parties have been determined to ensure that when Thomas comes back, he’s at 100 per cent and does not require nights off due to soreness, according to Charania.

Making IT’s latest development even more intriguing is that Boston is one of the teams Cleveland is scheduled to face in early January, with the Cavs playing the Celtics at TD Garden on January 3.

If there is a basketball god, Thomas will be healthy by then.