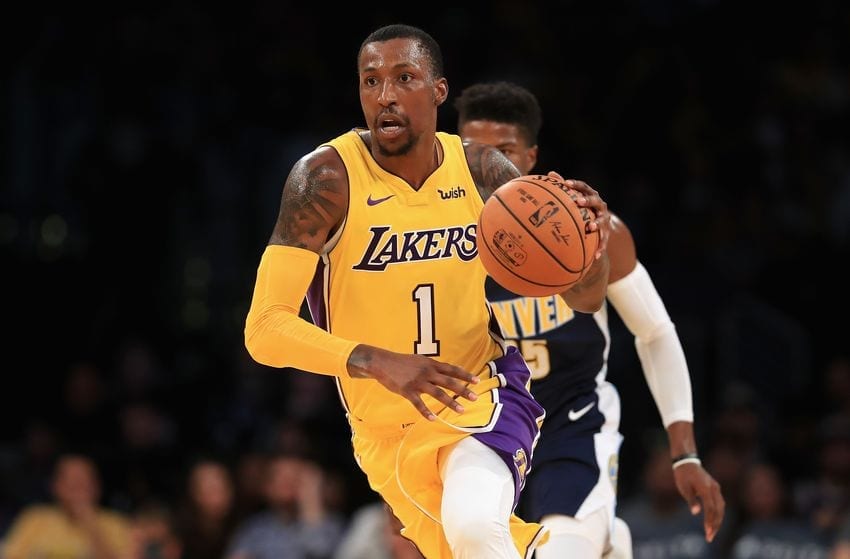 After missing the Lakers’ first two games of the season due to a DUI in Michigan, Kentavious Cadwell-Pope is set to miss more time as a result of the incident.

Cadwell-Pope’s guilty plea came with probation, and to get off early he has been put through an intensive rehab program which has not permitted him to leave California for 25 days.

He did not travel to play the Cleveland Cavaliers on Thursday and that is unlikely to be the last game he’ll miss, according to ESPN’s Ramona Shelburne:

Caldwell-Pope was originally cited for operating a vehicle while intoxicated but pleaded guilty in May to the lesser charge of allowing someone to operate his vehicle while under the influence, which carried a 12-month probation.

On Thursday, Caldwell-Pope had to return to California to begin an intensive program over the next 25 days that will result in some travel restrictions and could cause him to miss additional games but will end his probation early.

The good news for Pope is the Lakers have 10 of their next 14 games at home, so this ordeal certainly could have been a lot worse from a basketball point of view.

Pope has established himself as a valuable piece within the Lakers puzzle, emerging as one of the team’s few competent perimeter shooters, hitting at 36.1 per cent from beyond the arc while playing largely solid defence.

Pope signed a one-year, $18 million deal with LA in the summer, and after seemingly being at odds with the rest of the league over his own value, he could yet again be heading for an offseason of uncertainty.

But at least it won’t be legal uncertainty.