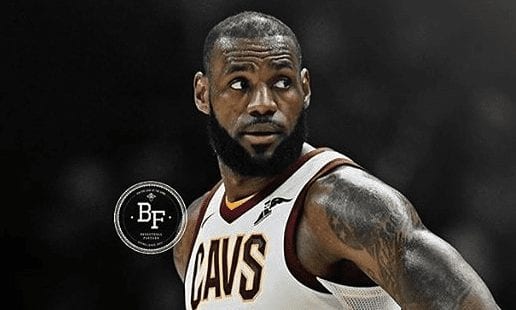 When the Cleveland Cavaliers heeded Kyrie Irving’s trade request in the offseason, they received one of Danny Ainge’s most prized possessions: his unprotected first round Brooklyn Nets pick.

From the moment the team acquired the pick, speculation ran wild that the Cavs might flip the pick to help James challenge the Warriors.

But the team has resisted temptation so far, and that is unlikely to change any time soon, according to The Sporting News’ Sean Deveney.

“Nearly two months into the season, circumstances have changed for the Cavaliers, but according to league executives, one thing that has not changed has been Cleveland’s unwillingness to part with that Nets’ pick, even as Brooklyn has exceeded expectations, thus dinging the value of the pick,” Deveney wrote.

“’They would be open to a deal by all indications,’ one general manager told Sporting News. ‘But they’re not talking about that pick. That’s the Plan B for the LeBron stuff and from what I know, they don’t want to budge on it’.”

It’s one hell of dilemma the Cavs find themselves in.

It’s so hard to get your team to contender status and one would think that when you’re near that elusive level, you’d move heaven and earth to put yourself over the edge.

But it’s also hard to blame Cleveland for contemplating a post-LeBron future, with the images of their previous post-LBJ era undoubtedly burned into their minds.

That highly depressing chapter of Cavaliers history, which stretched from 2010-2014, was such a grim time for all involved.

A decent first round pick would at least keep a little hope should Cleveland realise its worst nightmare (again).

According to Cavs management, even the greatest player since Jordan isn’t worth mortgaging your future over.