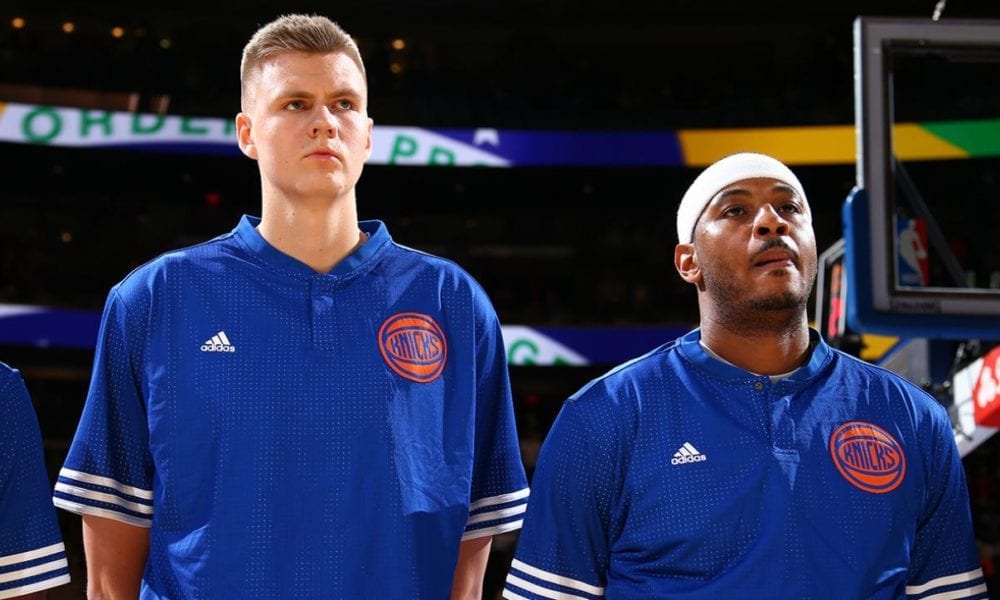 Carmelo Anthony’s relationship with the New York Knicks was a complicated one.

After all, it would take a special kind of person to have a straight forward and entirely harmonious relationship with both Phil Jackson and James Dolan.

While the Anthony/Knicks marriage was always heading towards divorce, Kristaps Porzingis just hopes everyone can put on a smile get along when Melo returns for Christmas lunch on Saturday.

“I think he was as professional as he can be in his time here in New York, so I don’t see why they would not receive him with love,” Porzingis said on Thursday, per ESPN’s Ian Begley.

Porzingis, who is questionable to play in the game due to a knee inury, also shut down any direct links between the Knicks’ improvement and Anthony’s absence.

“He was here for a long time,” he said. “For him, it was also hard. He was trying to do the right things to win, but it was just not clicking. It was not the right pieces around him to make that happen. I know he wants to win. If he didn’t want to win, he would have probably stayed here or went somewhere else besides OKC because he has an actual chance to win.”

Porzingis wasn’t the only Knicks player to defend Anthony and his largely playoff-deprived six-and-a-half-year spell in New York, with Courtney Lee also jumping to his defence.

“You’ve got to respect him being a professional, how he handled everything with the media last year,” Lee said. “…I think more cheers than anything. You can’t fault the guy for going out there and playing hard and leaving it all out there on the court and just trying to help the team win. Whether it was the style that some fans wanted or didn’t want, he competed night in and night out.”

The Knicks take on the Thunder at 7.30PM ET on Saturday.