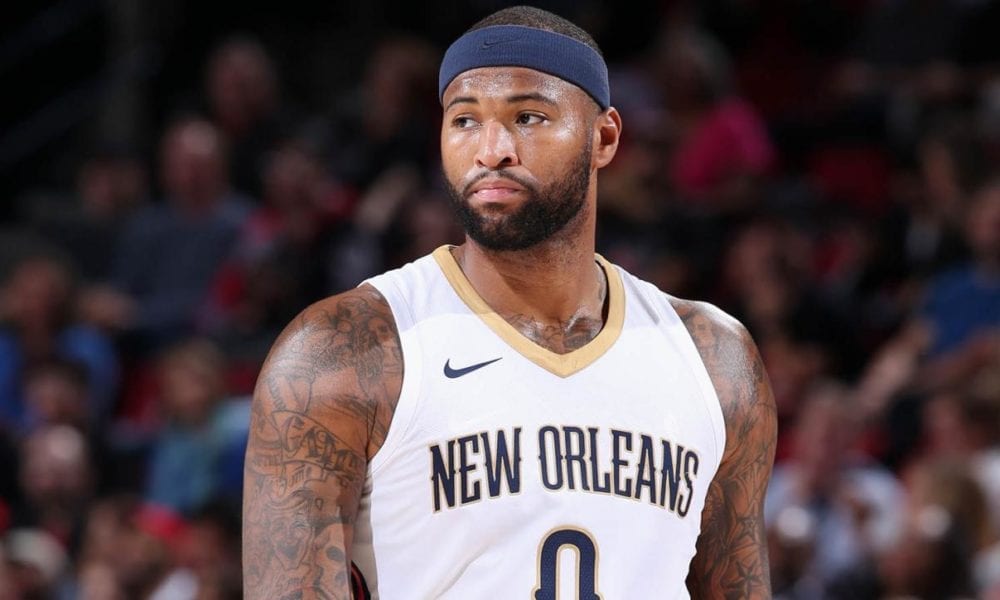 You’ve probably heard the chatter surrounding whether the New Orleans Pelicans should move DeMarcus Cousins before the trade deadline, just as Sacramento did last year.

On one hand, Cousins is averaging 26.1 points (sixth in the NBA) and 12.5 rebounds (third), while the Pelicans have enjoyed stretches of brilliance when both he and Davis are on the floor.

One the other hand, Boogie will be an unrestricted free agent in the summer and the Pelicans could risk losing him for nothing if they don’t act swiftly.

However, it isn’t easy for small market franchises like New Orleans to land players of Cousins’ caliber.

Now that the ‘Brow & Boogie’ experiment is actually working out, it’s hard to see the team pulling the trigger on this one and forfeiting their race to the playoffs under ageing ‘win now’ owner Tom Benson.

Cousins himself certainly doesn’t believe he’ll be going anywhere before the trade deadline, having told The Undefeated’s Marc Spears exactly that this week.

“I am confident in my team,” Cousins said when asked about the trade deadline. “I am starting to understand this business a lot more than I did before. You can kind of tell when things are about to come about. We’re a very competitive team. A talented team. I don’t think that will be the case at all.”

Cousins added that Anthony Davis had been leading New Orleans’ effort in trying to secure his signature for next season and beyond.

The NBA trade deadline is set for February 8.