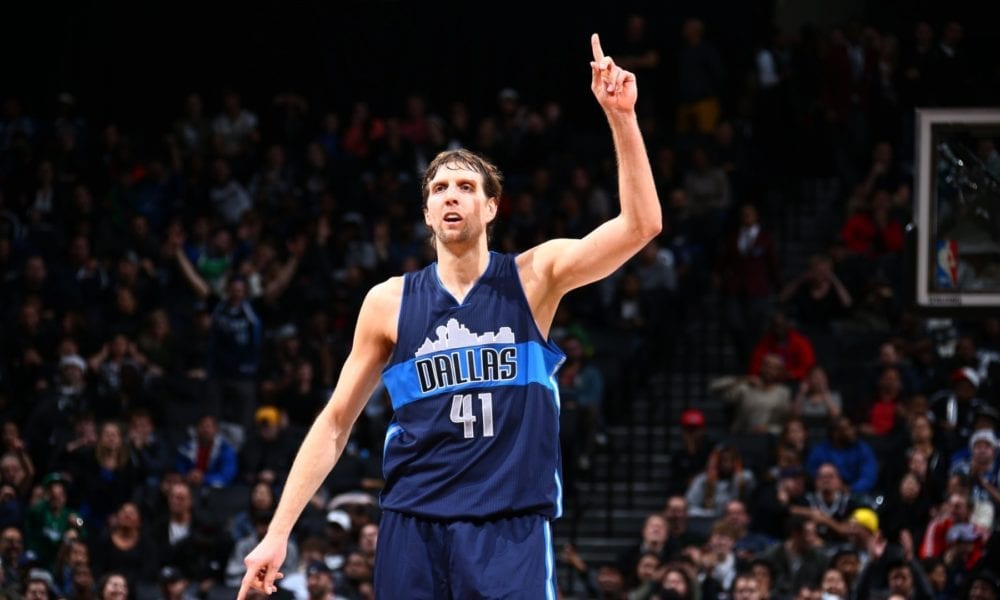 Dirk Nowitzki is one of those rare players you subconsciously come to feel will always be around.

He made his debut the same year many of this season’s rookies were born and has well and truly become part of the furniture.

Despite his game and body declining significantly (the two being intrinsically linked of course), it appears the beloved German will give playing on into next season, and into his forties, a red hot go.

That was the main takeaway from his recent chat with The Dallas Morning News’ Eddie Sefko.

“I’m not going to say 100 percent I’ll be back — but it’s looking like it,” Nowitzki said before his Dallas Mavericks took on the Golden State Warriors at Oracle Arena on Thursday. “I feel fine so far. I’ve played every game. I’d love to play all 82. That would be amazing at 39. We’ll see how the body feels. But so far, it’s been fine.”

Dirk has experienced a fairly steep decline over the past two seasons, which is of course unsurprising given his age.

His mobility has also taken a massive hit and sometimes watching him trying to get around the floor can be slightly hard to watch.

But he was never one to rely on athleticism, his unique skillset is still there and he’s managed to keep injuries at bay this season.

To be completely injury-free at 39 is indeed a luxury afforded to few, and it’s paving the way for Dirk to keep on doing what he does best.

Even if we don’t see it quite as often as we used to.