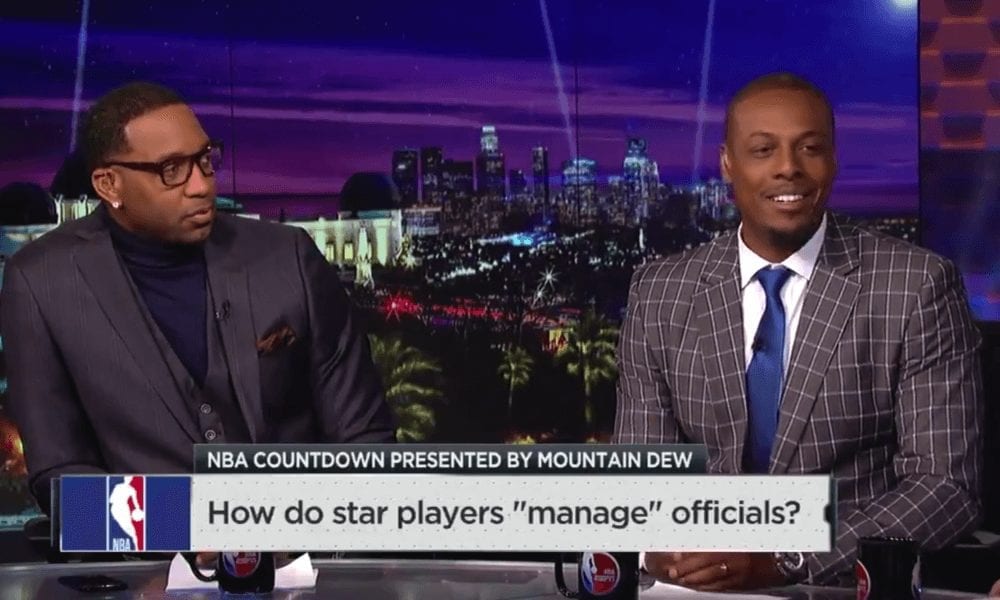 Referees are among the most maligned species in the sports world, and today they took a stand, albeit a light-hearted one.

Not with a swift head butt, but with a well-crafted Twitter video.

But first, the back story.

This whole thing began on a recent instalment of NBA Countdown, when Paul Pierce took a sneaky jab at NBA referees over their half-time habits, questioning whether they actually review plays between halves.

“A lot of them say they’ll look at it, but how many referees are at halftime looking at the call?” Pierce said. “They’re back there saying ‘can you believe T-Mac said something to me? You know what, if he says one more thing, I’m throwing him out of this game,’ they’re not looking at the play. Is there a monitor in there room? No I’ve been to the referees locker room. For one, the referees locker room is usually going to be a spare room in the arena that one else is using. So you’re telling me that they have a TV and DVR in there they can go back and look at the play, I don’t think so.”

Hey @paulpierce34 – you're "The Truth" right? Let's talk "the truth" about NBA referee locker rooms. We have video monitors, and replay capabilities…and use it. Plus, our official invitation to The Truth! (cc @MichelleDBeadle @Real_T_Mac @JalenRose @1MrBigShot @ESPNNBA): pic.twitter.com/vNBnAN5ZcN

We haven’t seen someone making bold claims put to images which prove the complete opposite in such a hilarious manner since former White House Press Secretary Sean Spicer stated Donald Trump’s inauguration crowd “was the largest audience ever to witness an inauguration”.

Traditionally a good referee is one you don’t notice, but we’re willing to throw that rule out the window for today, following what was a quality response from Zach Zarba and the league’s officials.