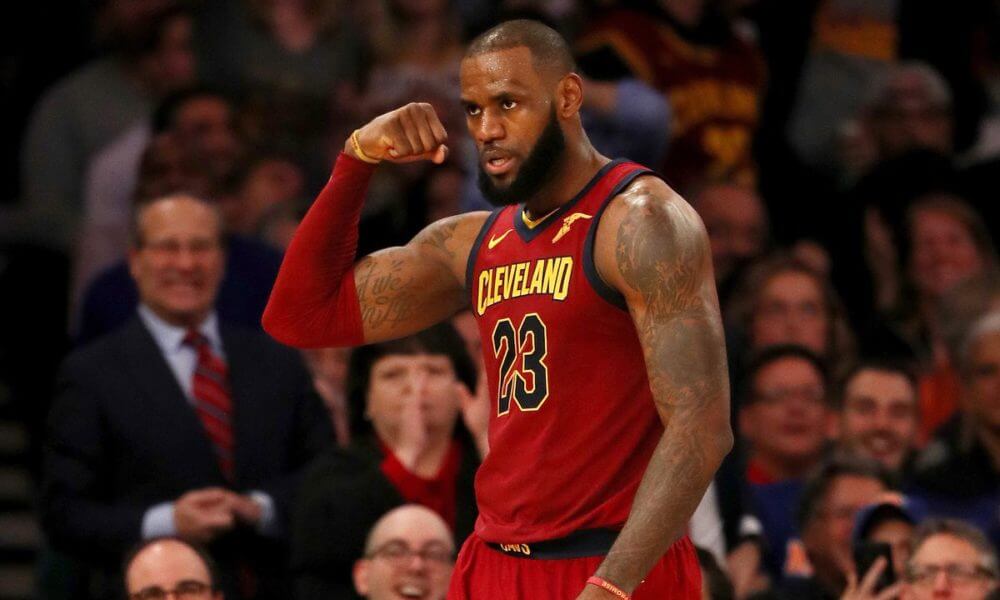 While most players start to show signs of regression once they’re on the wrong side of 30, LeBron James only seems to get better.

At 32 years old, LeBron is experiencing one of his purplest purple patches since his Miami days, averaging 28.3 points, 8.7 assists and 8.3 rebounds on career high 57.6 per cent shooting from the field and 41.7 per cent from deep.

James is performing so well, in fact, that former Cavs GM David Griffin believes he’s playing the best basketball of his career.

"He keeps getting better. He's 33 years old, he's the best version of himself he's ever been." – @dg_riff on @KingJames#GameTime pic.twitter.com/3Xc3r8OBwP

“What he does that defies the imagination is that he keeps getting better,” Griffin said on NBA TV on the weekend. “He’s 33 years old, and he’s the best version of himself he’s ever been. He’s shooting the ball better than he ever has and continuing to add a piece to the handbag. It’s incredible what he’s able to do.”

While Griffin may have been wrong about James’ age (sorry to nitpick on that one, David), he makes a compelling point.

The one argument against this season being LeBron’s finest since his Miami peak is the fact he coasted through the first handful of games as his team stumbled to a highly underwhelming 5-7 start.

But ever since, LeBron has been storming his way towards the MVP trophy in a two-horse race with James Harden, and when the Cavs play like they did across their recent 13-game winning streak, no one remembers the early struggles.

Related Article:  Bradley Beal Says He Returned to Wizards Because No Winning Teams Made Offers
-->