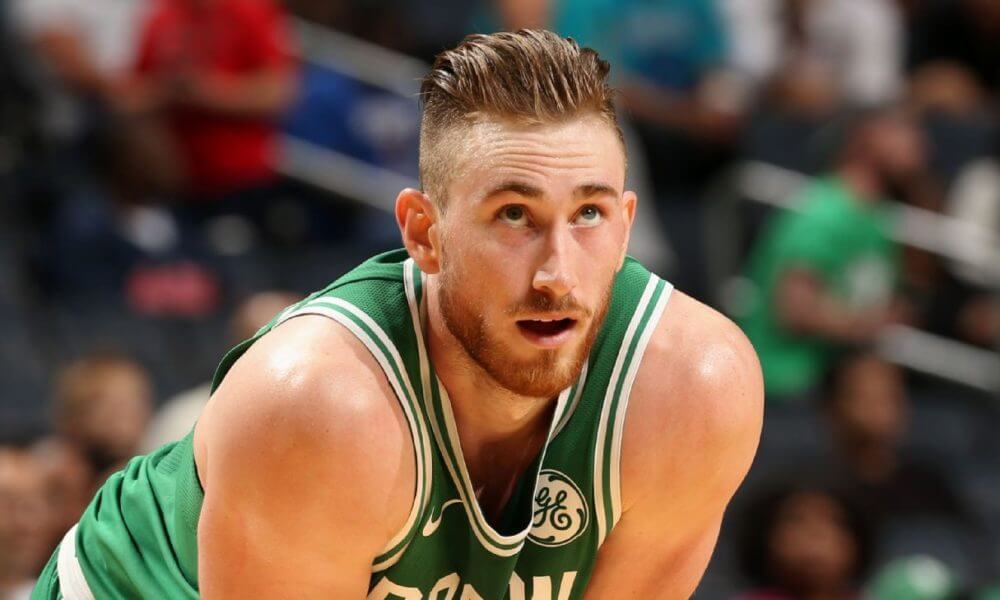 Gordon Hayward is on the cusp of shedding his walking boot as he continues to recover from the horrific ankle fracture he suffered on opening night in Cleveland.

Boston Celtics president of basketball operations Danny Ainge confirmed exactly that on Thursday after Hayward’s wife, Robyn, posted a video him bootless on Instagram, which in turn prompted a fresh round of public speculation over the Celtics star’s progress.

Despite not revealing a timetable for Hayward’s return, Ainge said his star recruit was “right on schedule” during his weekly appearance on Boston sports radio 98.5 the Sports Hub.

“He’s progressing along, he can take the boot off for short periods of time,” Ainge said on the Toucher and Rich program. “But he’s doing really well. His therapy is going great. He’s right on schedule. He’s doing sometimes two workouts a day and trying to get stronger. The next phases are getting out of the boot completely, but I still think that he’s a couple weeks away from being permanently out of the boot.”

Ainge was then asked whether Hayward had shown any desire to get back on the court before season’s end.

“You know, he hasn’t expressed that. Just knowing professional athletes, I know that down inside he wants to be back faster than anybody has ever been back from this kind of injury. He’s got a competitive streak to him. He’s asking lot of questions, he’s got good people around him. He’s diligent in his rehab. I know what’s going on in his mind, but I don’t think he’ll say anything about how fast he wants to get back.”

In the eyes of Boston fans, Hayward will be a possibility of returning this season until the team officially rules him out, and their reluctance to do so certainly suggests they think he at least has a chance.