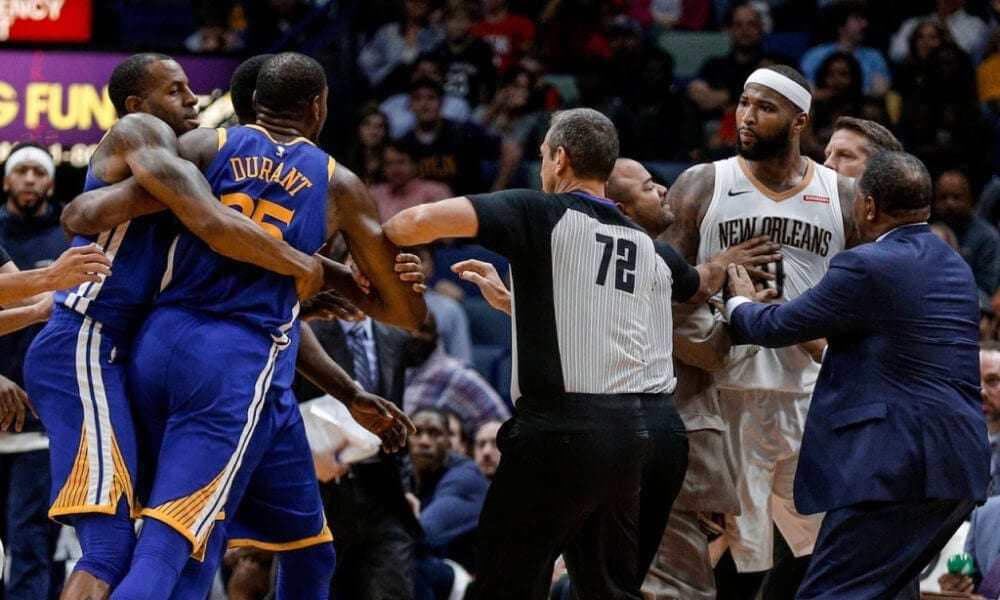 Kevin Durant has been going through a really weird patch lately.

His ejection from Golden State’s clash with New Orleans on Monday – following an ill-conceived shouting match with DeMarcus Cousins – was the third time he’d been tossed from a game in 18 days.

That’s after being ejected just twice in his previous 810 games.

Despite formally having one of the most prominent ‘nice guy’ public personas in the NBA, Durant has gone the other way and now talks about ejections as if they’re a normal, inevitable part of his new NBA life.

Durant’s words and actions almost seem to suggest he’s intentionally kicking up a stink in the dying moments of games, after being thrown out with 1:14 remaining on Monday, 4:52 left on December 1 and 43 seconds remaining on October 7.

KD has since admitted he should probably, perhaps, maybe stop getting kicked out of games.

Meanwhile, Warriors coach Steve Kerr believes his players need to get their emotions in check sooner rather than later.

“Yeah, absolutely too much,” Kerr said. “We’re not composed out there. We’re a championship team. We got to be poised and we got to execute out there. We’re getting way too emotional. Myself included. I got to do a better job of that, too. We’ve got to show some poise when things aren’t going our way and stop worrying about everything else and just worry about the game.”

Besides, Durant should know that Draymond Green is the designated hothead on the Warriors, and one hothead is plenty.