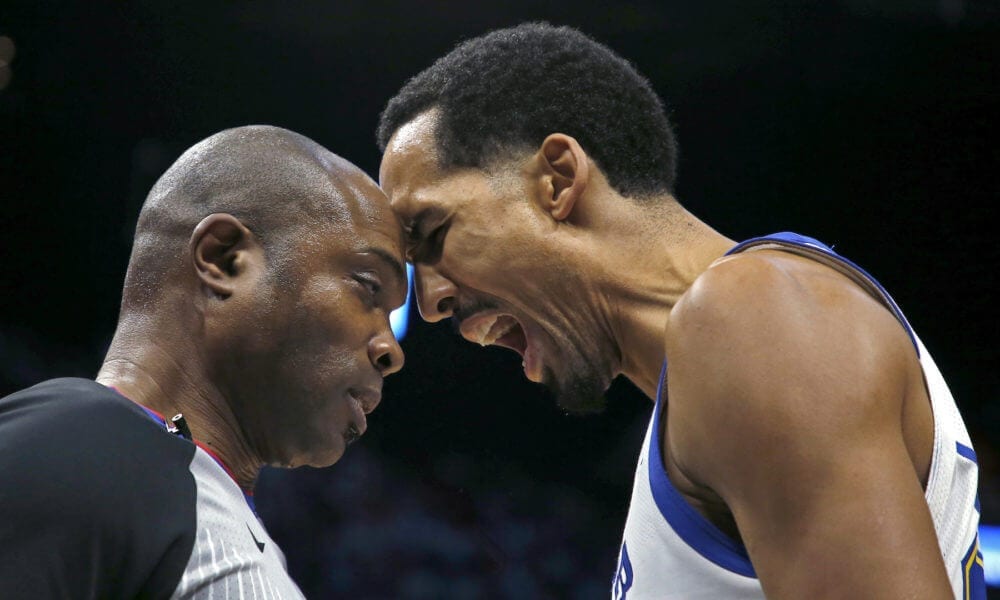 The NBA has handed down suspensions to Golden State Warriors guard Shaun Livingston and referee Courtney Kirkland after the two quite literally butted heads during the Warriors’ 123-95 win over the Miami Heat on Sunday.

But it was Kirkland who came off second best, landing a one week suspension while Livingston will miss just one game.

The NBA ultimately determined Kirkland moved towards Livingston and shared responsibility for the contact established between the pair of sweaty foreheads.

Kirkland surprised many when he stood his ground and actually moved towards Livingston, appearing to be the cause of the head-on-head action.

Warriors head coach Steve Kerr said he was satisfied with the outcome when he faced the media before the Warriors took on the New Orleans Pelicans at the Smoothie King Centre on Monday, the game which Livingston was scheduled to miss.

“I thought the league handled it well,” Kerr said. “I think it was the right decision and we move on. I didn’t really have any questions. It seemed pretty obvious that there was some contact, both the official and the player part of it, and they’re both being reprimanded. And I think, as I did, it’s the right choice.”