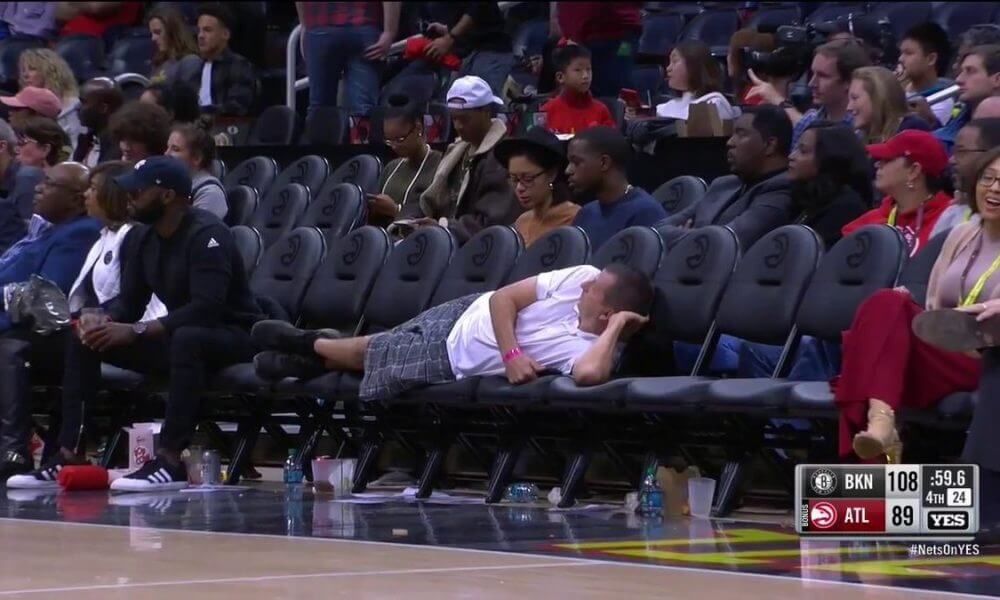 Late in the Atlanta Hawks’ 110-90 home loss to the Brooklyn Nets on Monday, the camera panned to a Hawks fan who, without saying a word, perfectly summed up his team’s miserable season.

This guy was stretched out across at least $20,000 worth of seats with no damns to give about the game or his immediate environment.

The best part is, no one around him seemed to bat an eyelid.

This guy might be the best “no f*cks to give” fan we’ve had since Popcorn Guy.

And clearly dude’s been taking notes from Chris Kaman.

It’s just such a telling sign of Atlanta’s season so far, the Hawks sitting at 5-18 with a 23rd ranked offence, 26th ranked defence, no recognisable stars and the worst attendance in the league (14,138).

It’s been a stunning fall from grace for Atlanta, who made the Eastern Conference Finals as recently as 2015 and boasted four All-Stars in Al Hoford, Paul Millsap, Jeff Teague and Kyle Korver.

The bad news for the Hawks is that we’re only one quarter into the season.

The man pictured above might not be the last ATL fan to stretch out across an entire section.

You already know the seats to do so will be readily available.