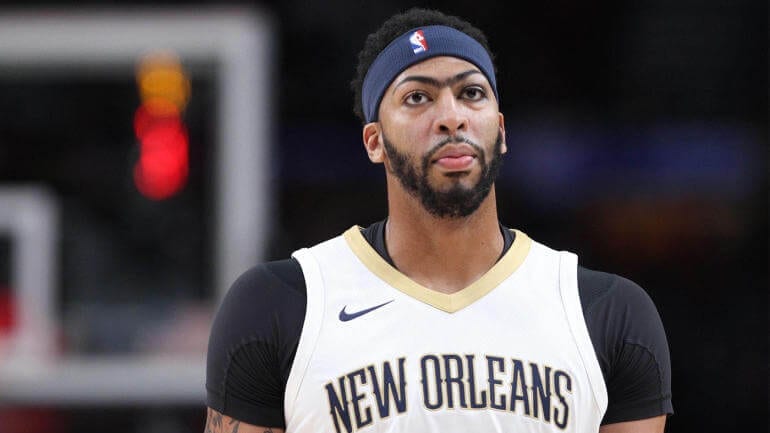 Anthony Davis’ extensive injury history is well known to readers of this website and hospital staff across America.

New Orleans Pelicans management and fans have been forced to spend a preposterous amount of time worrying about Davis’ health, and the team is anxiously awaiting test results on their franchise big man once again.

Anthony Davis Has Added To His Truly Unfathomable List Of Injuries https://t.co/dChyksv4SH pic.twitter.com/B2MqzPZ8Jq

Davis is suffering the ill effects of what the team says in a groin strain, after going down when battling with Derrick Favors underneath the basket during the Pelicans’ 114-108 loss to the Utah Jazz on Friday.

The Brow remained floored for quite some time as trainers inspected the damage, and he was unable to put any weight on his left leg as he left the court.

The team has since been forced to wait more than 48 hours to learn of Davis’ fate, with the big man set to undergo scans in New Orleans on Sunday.

Judging by Davis’ reaction immediately after hurting himself, it does not appear to be a minor injury.

It also marks his second consecutive injury where there did not appear to be much at all that brought on the injury, having gone down against the Portland Trailblazers in late October when merely jostling for position with Maurice Harkless.

Now all the Pelicans can do is wait.