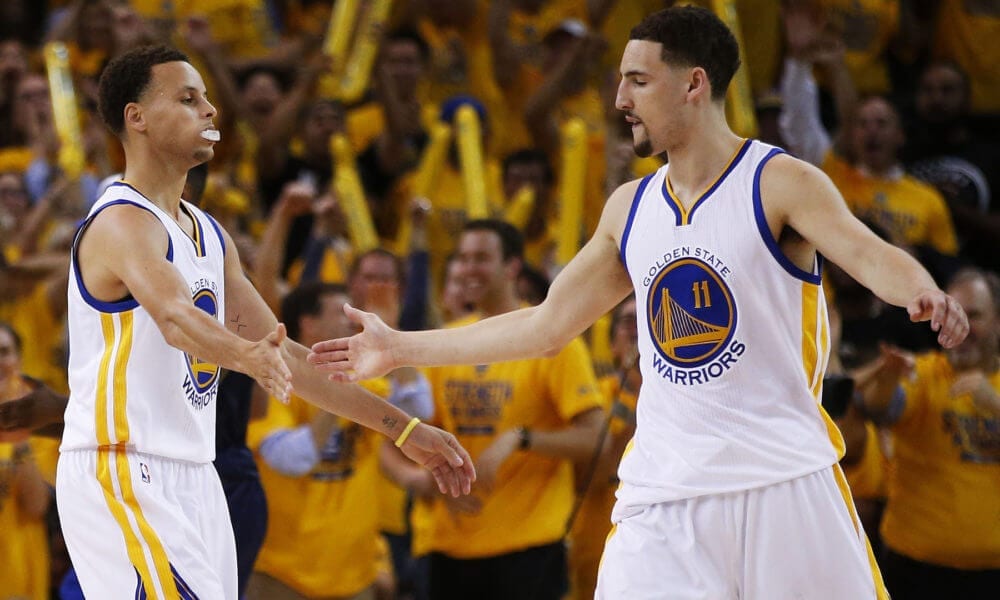 The Golden State Warriors not only have the ability to shoot the lights out, they can carry on making jumpers once it’s dark.

How do we know this?

Because on Sunday they did exactly that.

The Warriors spent the last 15 minutes of their pre-game shootaround in Miami knocking down shots in darkness, according to the The Associated Press’ Tim Reynolds.

Warriors shot the lights out at shootaround. Not kidding. pic.twitter.com/zcRjU9xnGv

While some of the lights in the American Airlines Arena concourse were visible, the court itself was shadowed in darkness.

Not that it bothered a team that shoots like Golden State.

“That is a first,” Stephen Curry said, per the AP. “Nice little, I guess, test of muscle memory. You can somewhat see the rim, know where you are on the floor, but it’s kind of a different experience because you don’t get it every day. So that’s pretty cool…You need your eyes to be able to get a sense of perception. But you don’t necessarily need to see the rim in HD, full, spotlight-type situation to knock it down.”

There was reportedly a stretch where one group of players made eight consecutive threes despite the conditions.

It was not known why the lights went out, but there was certainly not a full power outage.

The Heat themselves were unaware of the incident until later in the day.