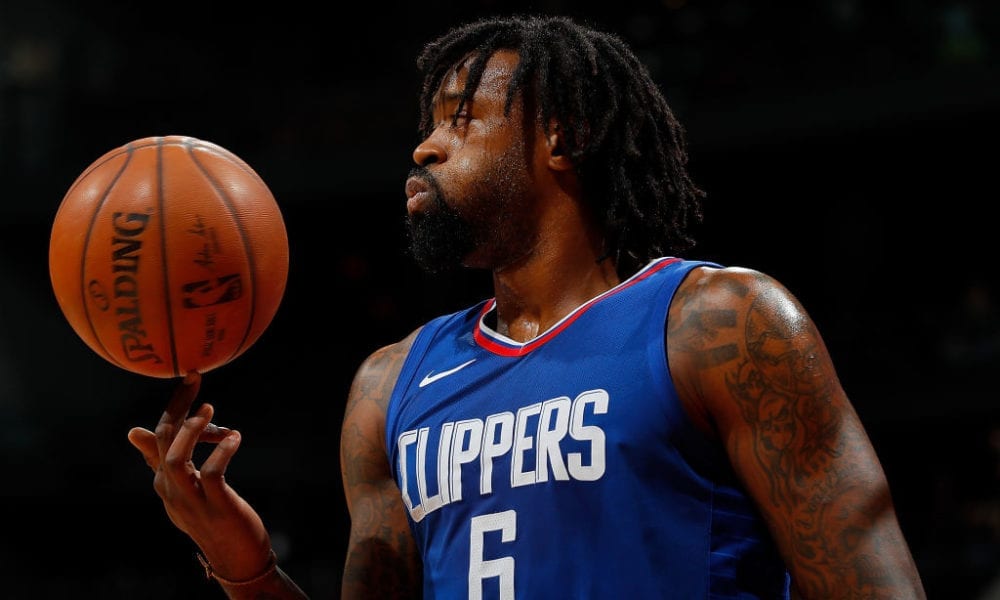 With Blake Griffin out for two months, Danilo Gallinari yet to come back, Milos Teodosic still missing and Patrick Beverly done for the season, the Clippers can’t fight their inevitable rebuild any longer.

The best option from here is clearly to blow it up and the team is reportedly willing to do so by trading high-flying big man DeAndre Jordan.

According to the Racine Journal Times’ Gery Woelfel, the Milwaukee Bucks are “making a concerted push” to land Jordan, while the Toronto Raptors, Washington Wizards and Minnesota Timberwolves have emerged as additional interested parties.

The Cleveland Cavaliers have also been connected to Jordan.

But it is believed the asking price for Jordan is very high, with LA reportedly requesting at least two of Malcolm Brogdon, Khris Middleton and John Henson from Milwaukee, and possibly all three.

It’s only natural that the Clippers start their asking price high, but with Jordan able to hit free agency next summer if he declines his $24.1 million player option, the Bucks would either want a significant discount or an assurance from Jordan that he’ll stick around.

It remains unclear which deals have been put forward by the Raptors, Wizards and Timberwolves, but cleveland.com’s Joe Vardon has reported that the Cavs “would consider” trading Tristan Thompson in exchange for DJ.

However, with the trade deadline not until February 8, there’s no reason for the Clippers to rush into anything.