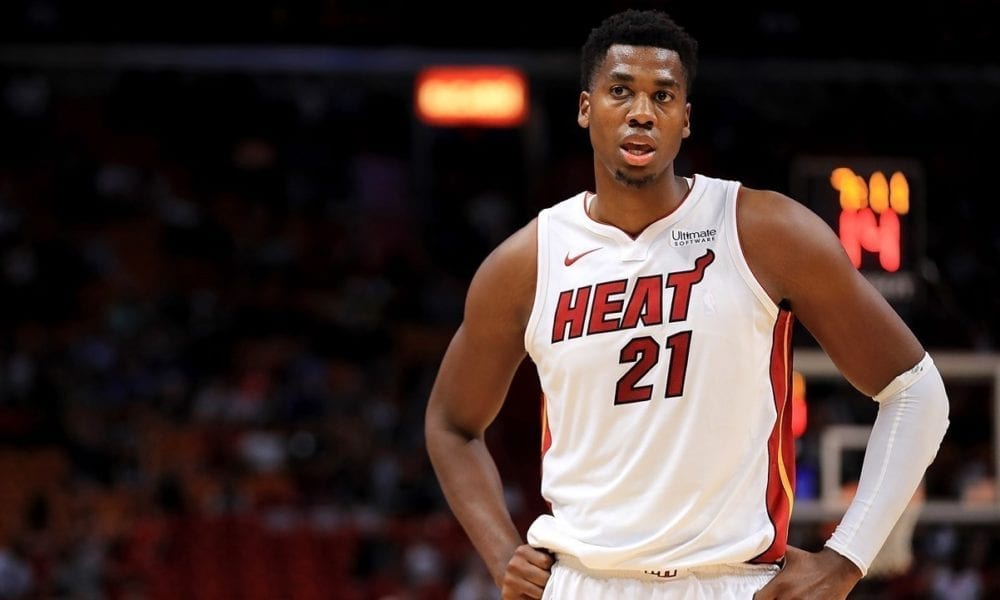 After dealing with unsettling knee soreness for most of the season and missing Wednesday’s game against the New York Knicks, Hassan Whiteside’s frustration is starting to boil over.

It all started when Whiteside suffered a bone bruise in his left knee during Miami’s season opener against the Orlando Magic, which prompted him to miss the next five games.

The Heat big man now says the team’s medical staff have still not properly established the nature of the injury, and he believes they need to get to the bottom of it ASAP, according to the Sun Sentinel’s Ira Winderman.

Whiteside says his knee is a serious issue, says the Heat medical staff needs to get to bottom of his ongoing pain.

Spoelstra said possibility of MRI for Whiteside but that the knee has not gotten worse.

Whiteside and Spoelstra are reportedly on different wavelengths when it comes to the severity of the injury, with the latter believing the injury is under control and the former worried that there might be something bigger behind the ongoing pain.

Something is clearly amiss here.

It seems unlikely that Spoelstra is ignoring medical results which suggest Whiteside needs rest, while Whiteside has nothing to gain by exaggerating the ill-effects of his ailment.

This seems to suggest that there has been some sort of communication breakdown between Whiteside, the medical staff and Spoelstra.

The longtime Heat coach has played Whiteside just 26.8 minutes per game so far, after he played 32.6 minutes last season and 36 in the season opener against the Magic.

But limiting the big man’s minutes is clearly not working.

It’s time the Heat’s medical staff got to the bottom of this once and for all.