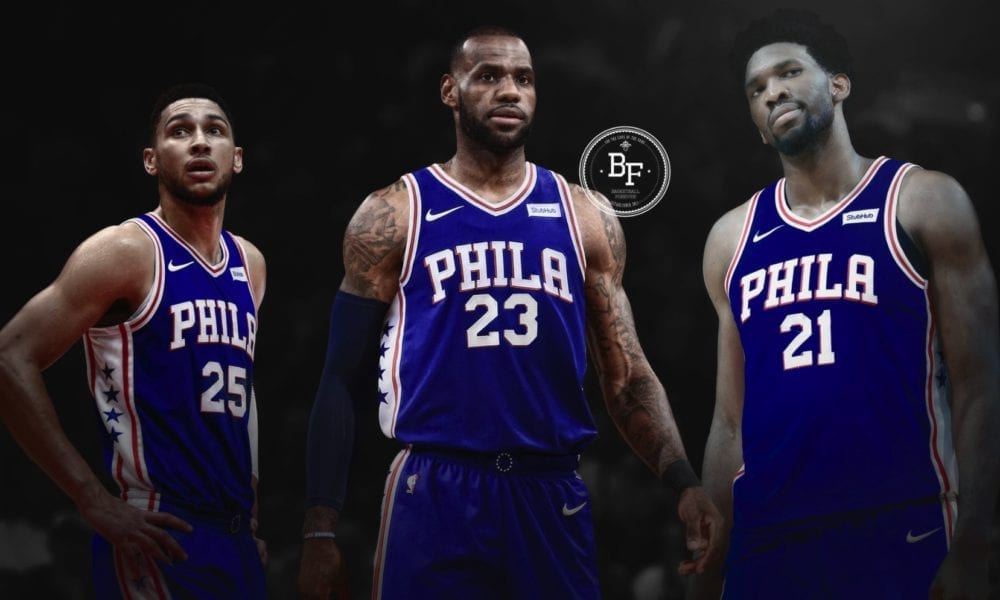 The Philadelphia 76ers have famously and intentionally gone backwards for years, but they could be about to push for a move which would accelerate their rise like any other.

According to USA Today’s Jeff Zillgitt, a host of NBA executives believe the Sixers will make a major push to sign LeBron James in the offseason.

Bringing up the idea of Philadelphia pursuing LeBron James would have got you laughed out of any building in the world as recently as two years ago, but now it’s legitimately in play.

For starters, the 76ers are one of few teams which could clear enough cap space to accommodate LeBron.

They can offer two of the brightest and youngest stars in the league, in the form of Joel Embiid and Ben Simmons, who will be able to shoulder much of the load at both ends as James enters the twilight of his career.

Markelle Fultz (assuming he gets it together), Dario Saric and Robert Covington are also very handy complimentary pieces.

James has a good relationship with Simmons, and the duo would create matchup nightmares for the rest of the league.

Their dynamic play and high basketball IQs would ensure they figure out how to maximise playing off of each other.

The Lakers are the most heavily-rumoured potential landing spot for James, largely due to the Hollywood-related business opportunities and James having a home there.

But unlike Philly, the Lakers do not have a single guaranteed All-Star.

And unlikely Philly, they’re in the West, where the playoff road is notoriously bumpy and always goes through Golden State.

When you take a step back and look at the landscape, it’s no wonder the Sixers will reportedly push hard for LeBron.

They actually have a genuine shot.