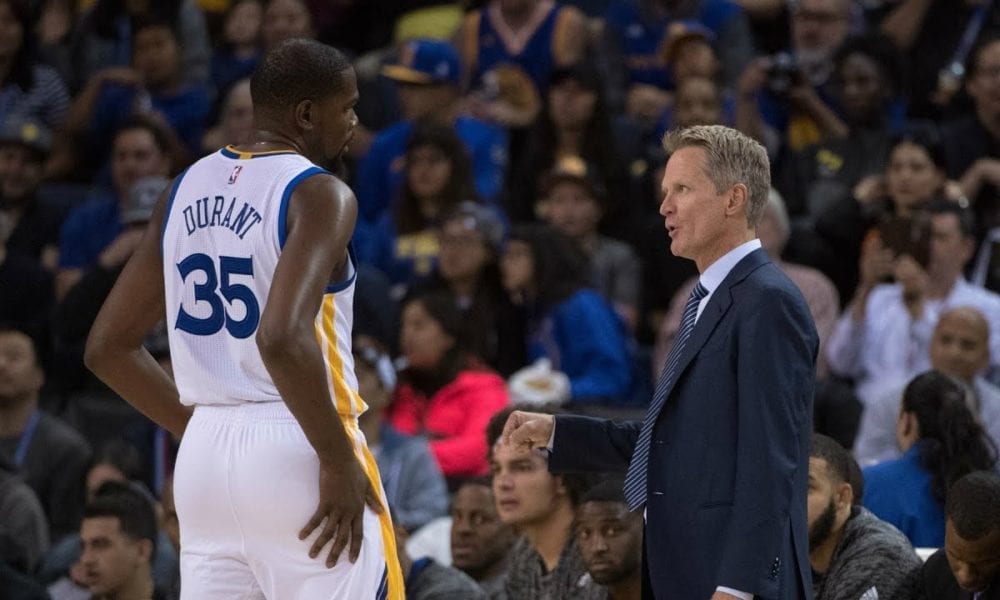 Durant was nursing an ankle injury but was cleared to play in the much-hyped rematch with the Thunder in OKC, before pulling up sore after the game.

“I thought he was fine,” Kerr said after Durant missed the Warriors’ win over the Chicago Bulls on Friday, according to ESPN’s Baxter Holmes. “We thought he was fine, but then he got sore afterwards [Wednesday]… I’m sure the league is happy with us because we played him on their ‘marquee’ game with Russell Westbrook and all that stuff, but he came out sore the next day, so we shouldn’t have played him…Now we’ve got to be careful. I don’t think it’s anything serious, but we’ve got to make sure he’s right, so I would say he’s doubtful.”

Kerr’s mention of a “marquee” game was in reference to the NBA’s altered regular season schedule which is designed to ensure star players are not resting in 22 designated showcase games.

With coaches being barred from resting players in “high-profile, nationally televised games”, the league has ensured that no team competing in those 22 matchups will be playing through a back-to-back, a five-games-in-seven-days scenario, or be forced to travel more than 3,500 miles in the seven days leading up the game.

It seems this may have been playing on Kerr’s mind, considering his comments and the fact the team believed he was fit enough to play at the time.

Kerr was under some sort of pressure to play Durant in his homecoming, even if it wasn’t his first trip back “home”.

There’s also little doubt Durant would have been pushing very hard to play.

But for the next little while he’ll likely be confined to the bench, marquee game or not.