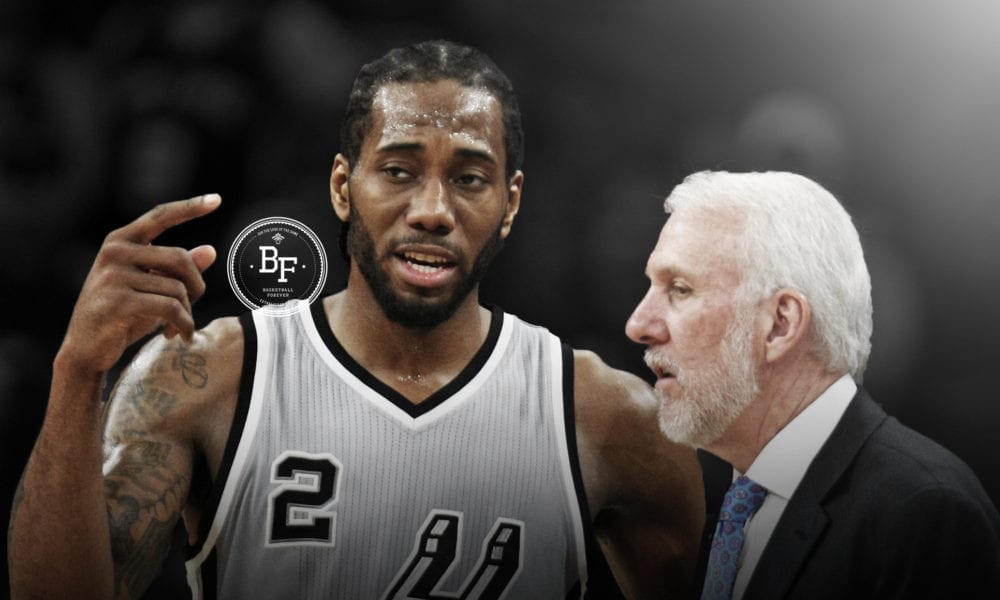 After spending more than 40 years around the game, you would’ve thought Gregg Popovich had seen it all.

With the possible exception of poor referee decisions, nothing can happen in the world of basketball that’ll cause Pop to raise his eyebrows.

Or so we thought.

It turns out there actually is at least one thing he’s never seen before, and that’s the nature of Kawhi Leonard’s ongoing quadriceps injury.

“Never, never,” Popovich said when asked by ESPN’s Michael C Wright whether he’d seen such a condition previously. “What’s really strange is that Tony [Parker] has the same injury, but even worse. They had to go operate on his quad tendon and put it back together or whatever they did to it. So to have two guys, that’s pretty incredible. I had never seen it before those guys.”

Popovich could not confirm an approximate return date for Leonard with any sort of conviction, instead replying with “sooner rather than later” to any question regarding his health.

“I keep saying sooner rather than later,” Popovich said jokingly. “It’s kind of like being a politician. It’s all baloney, doesn’t mean anything.”

As for his thoughts on Parker?