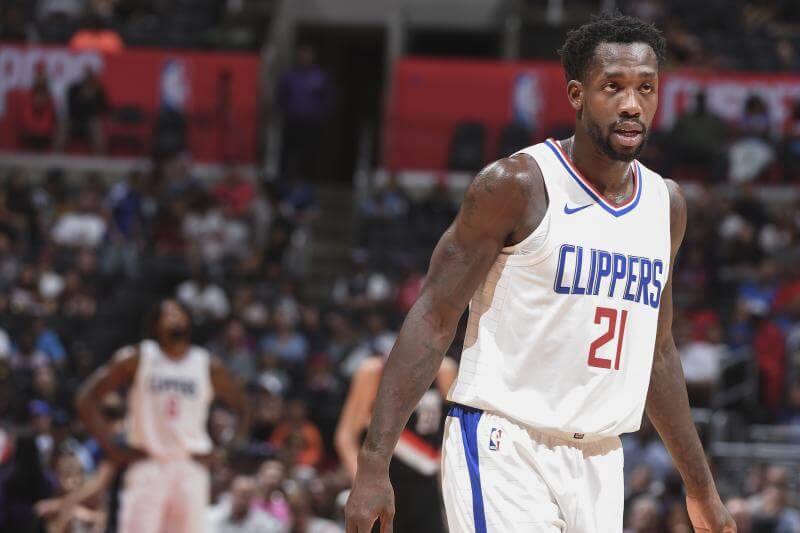 When the season was in its mere infancy, life was good at LA’s less glamourous ball club.

Rather than entering a rebuilding phase following the loss of Chris Paul, the team re-signed Blake Griffin to a monstrous deal and went the other way.

They won their first four games thanks to an improved defence and outstanding play from an extremely frisky Griffin.

The Clippers had also picked up Patrick Beverly, who etched himself into Lonzo Ball’s nightmares on day one.

They had Milos Teodosic, who’s truly electric passing was making Clippers fans move on from the Chris Paul divorce faster than anyone thought possible.

Then there was Danilo Gallinari, who proved he could still be a very handy offensive weapon when healthy

But it’s that “when healthy” clause which has come back to bite this team in a major way.

The most crushing blow was today’s news, which came in the form of a Woj Bomb (how else), that Beverly would = miss the remainder of the season undergoing microfracture surgery.

Brutal. Clips raved about how Beverley changed the culture there. A lot of uncertainty now if they fall too far out of the playoff race. https://t.co/xD6L6JboRu

On top of that, Gallinari is still out with a glute injury and Teodosic has missed most of the season so far with a foot injury.

The Clippers should have seen this injury-related disruption coming, in one form or another.

They built their team around guys who get hurt almost every single year, and given Blake Griffin’s colourful injury history, he’s the prime candidate to go down next.

Beverly and Gallinari’s inability to stay on the floor across their careers is particularly troubling.

Gallinari has played 60 or more games just four times during his 11 year career, and two of those were within his first three years in the league.

Meanwhile, the Clippers have fallen of a cliff, losing nine straight to drop to 5-11 and 13th in the West.

Related Article:  How Booker Has Leveled up and Carried Phoenix to 16-7

And while the injuries don’t help, their problems are all-encompassing and go well beyond poor health.

The Clippers are the not-so-proud owners of the league’s worst defence since November 1, giving up a despicable 11 points per 100 possessions.

They’re 26th in the league in opponents’ field-goal percentage, 24th in opponent 3-point percentage and 25th in points allowed off turnovers.

They’re also last in defending the rim, with opponents smoking them at the hoop 72.3 per cent of the time when a Clipper is near the basket.

On the other end of the floor, LA is averaging just 101.2 points per 100 possessions during its highly forgettable nine-game stretch, the eight-worst offensive efficiency in the league.

The lack of cohesion and effort is alarming, and whatever Doc Rivers is yelling at them before he loses his voice each night is either failing or falling on deaf ears all together.

We’re only a month and change into the season, but after the team’s worst loss yet – a 22-point blowout at the hands of the New York Knicks on Monday – the team’s frustration appears to already be reaching boiling point.

Just ask Patrick Beverly, who will be forced to watch the rest of this circus ringside.

Someone throw the Clippers a life raft, because this ship is sinking rapidly.