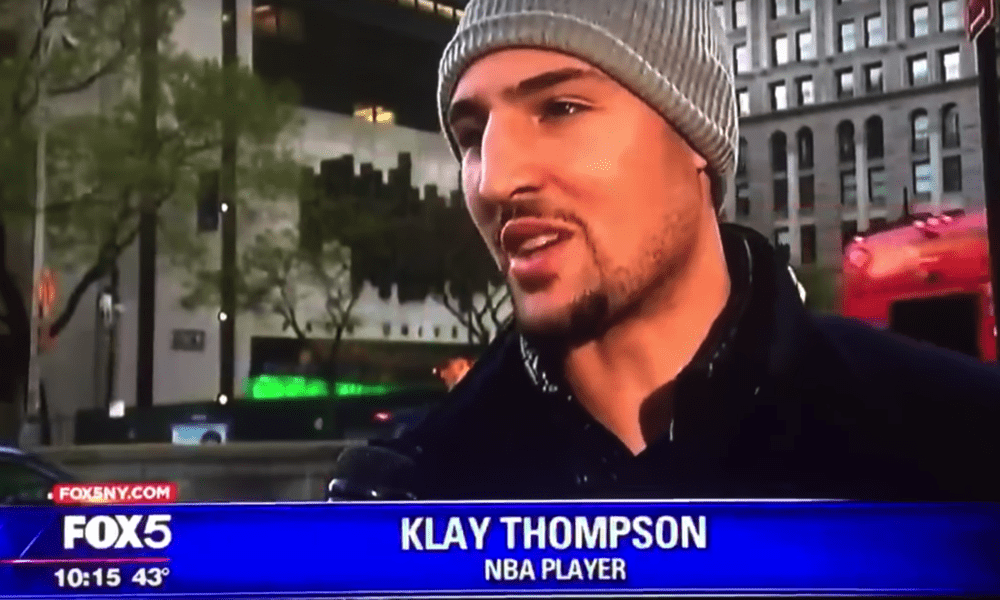 In something of a “you couldn’t make this shit up” twist, the city’s Fox affiliate proceeded to interview passing NBA All-Star and apparent scaffolding expert Klay Thompson, as the Warriors guard opened up on “piping and stuff”.

“I usually observe if the piping and stuff is new,” he said. “Sometimes, you know, if something looks like it’s been there a while, I try to kind of avoid that.”

And he’s taking this thing seriously.

After all, he who walks under scaffolding that “looks like it’s been there a while” is lost.

You heard it here first, on Fox.

The interview sparks memories of Fox’s Houston affiliate searching for random civilians to speak to about road rage and deciding former NFL MVP Adrian Peterson was their man.

Except on that that occasion, they didn’t even realise who he was.

At least the guys in New York acknowledged that Scaffolding Klay was a professional athlete.

Basketball Forever understands Klay did not encounter any sketchy scaffolding or suspect piping on his way to Barclays Centre following his interview.