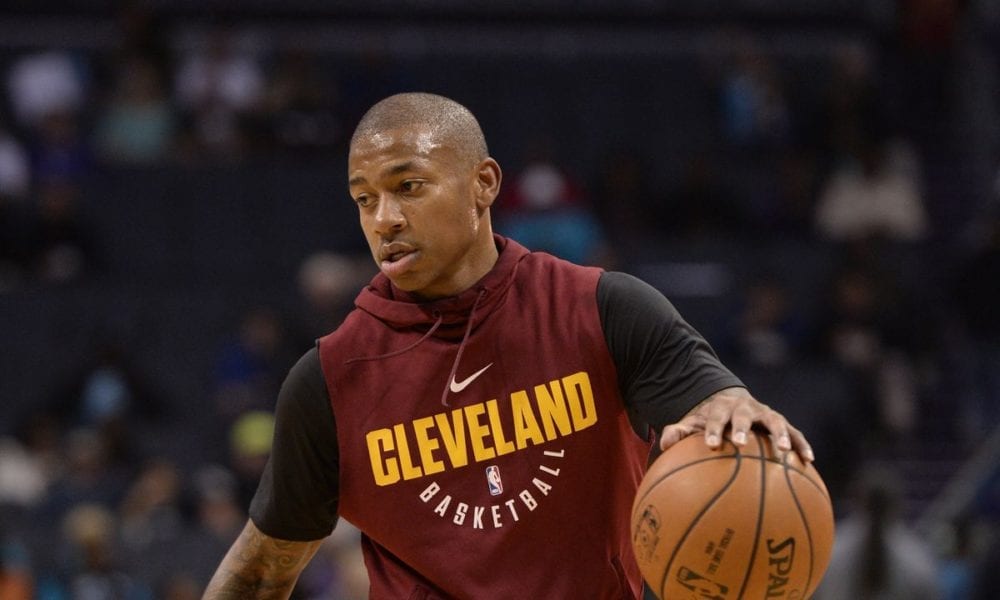 Isaiah Thomas has given his strongest indication yet that he’s on track to bounce back from his hip injury sooner rather than later.

Thomas began participating in non-contact drills at Cavs practice for the first time on Sunday, according to cleveland.com.

Thomas’ latest progress appears to be the clearest sign yet that he’s on track to make his January return timeline.

The session involved five-on-zero non-contact work and Thomas said it was the “hardest I’ve run” during his entire rehab process and that he “felt good for the most part.”

IT said his next step would be working towards changing direction, and cleveland.com has reported Thomas completed every part of his rehab process with no problems at all.

Even then, there will still be more to tick off before being ready for the rigours of actual NBA games, such as conditioning, physical strength and regaining confidence in his injury.

Thomas said he was determined not to rush his return to the court and risk any further damage.

“I’m protecting myself, so, even if they wanted me to hurry back, I’m not going to hurry back, just because I’ve got a long career ahead of me and an important summer as well,” he told cleveland.com.

“So, I’ve got to make sure I’m 100 percent healthy before I step out on the floor. But these guys have not rushed me one bit. They’ve taken their time with me and I appreciate that. Because most teams, they want you out there, especially if things aren’t going well.”

Thomas also said the Cavs had begun to win his trust, after his trade from the Celtics soon after the death of his sister severely damaged his perception of professional sports organisations.

“Yeah because, I mean, it’s hard to trust organisations,” Thomas said. “They got their own agenda and you got your own. But here it’s like, since Day 1, if it takes until June, you’re not getting out there. From the first doctor I met, to the training staff to the coaching staff… even with this little rut we’ve been in, it’s been like take your time. Don’t worry about this. We’ll be alright. That gives you a lot of confidence going forward, knowing that nobody’s here to rush you.”