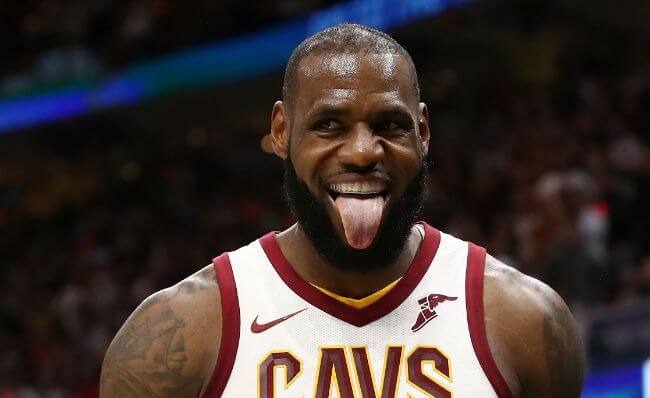 When the Detroit Pistons downed the Minnesota Timberwolves on Sunday, they had Reggie Jackson to thank.

Not because of his 16 points and 8 assists, but because he trolled Jimmy Butler into missing what would’ve been the game-tying free throw with 6.2 seconds remaining.

Jackson ran up behind Butler to disrupt his rhythm, masking the whole charade as a means to get teammate Stanley Johnson lined up to rebound the shot.

The rest was history.

While some may view this kind of conduct as unsportsmanlike, LeBron James not only endorsed Jackson’s trolling, but said he’d used the method to great effect in the past.

“I’ve done it before,” James said with a smile at shootaround on Monday before the Cavs took on the Pistons in Detroit.

“I won a playoff series before doing that actually. So, I’m all for it.”

The stakes were much higher when LeBron did it too.

The tactic resulted in his first ever playoff series win, when the Cavs beat the Washington Wizards in the first round of the 2006 playoffs.

It was overtime in Game 6, with Cleveland up 3-2 and Gilbert Arenas – remember that guy? – at the free throw line with 14.1 seconds remaining.

Arenas missed his first shot, which prompted James to stroll towards him with a bit of advice.

According to the Washington Post, James said “If you miss both of these free throws, the game is over.”

He missed, and Cleveland advanced to the second round.