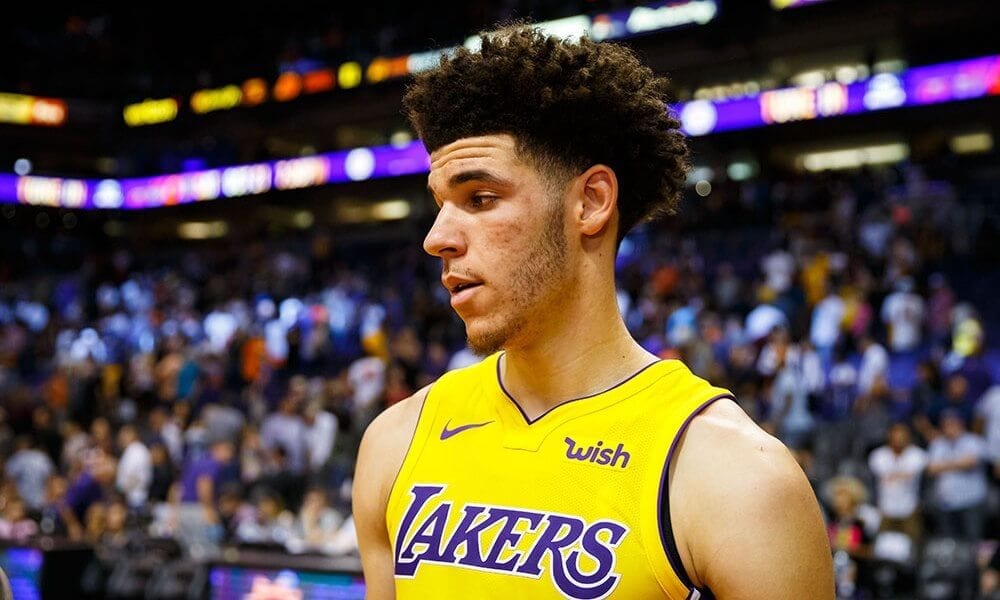 The rules of NBA Fight Club are strange.

The first rule of NBA Fight Club is to never walk away from a ‘fight’.

Your teammates want to know you have their back.

No one wants you getting suspended.

These two unwritten and near-contradictory rules make it awkward line to tread when shit goes down on the court.

But when things got chippy between the Lakers and Suns on Friday, Lonzo Ball didn’t bother to tread that line at all, instead walking straight to the Lakers bench as the chaos unfolded around him.

After the game, Lonzo made his case for walking away.

“It’s [the] NBA. People ain’t really gonna fight. I ain’t trying to get no tech.”

That’s very true, but there was still something just slightly off about Ball’s lack of interest.

I’m by no mean he suggesting he starts smashing heads together like Stone Cold Steve Austin.

A live look at Lonzo Ball when a fight breaks out… pic.twitter.com/qZNBmanqhs

It’s a family show and no one wants anybody getting hurt.

But for a player who has been criticised extensively for his general passiveness on the court, walking away certainly played into that growing perception.