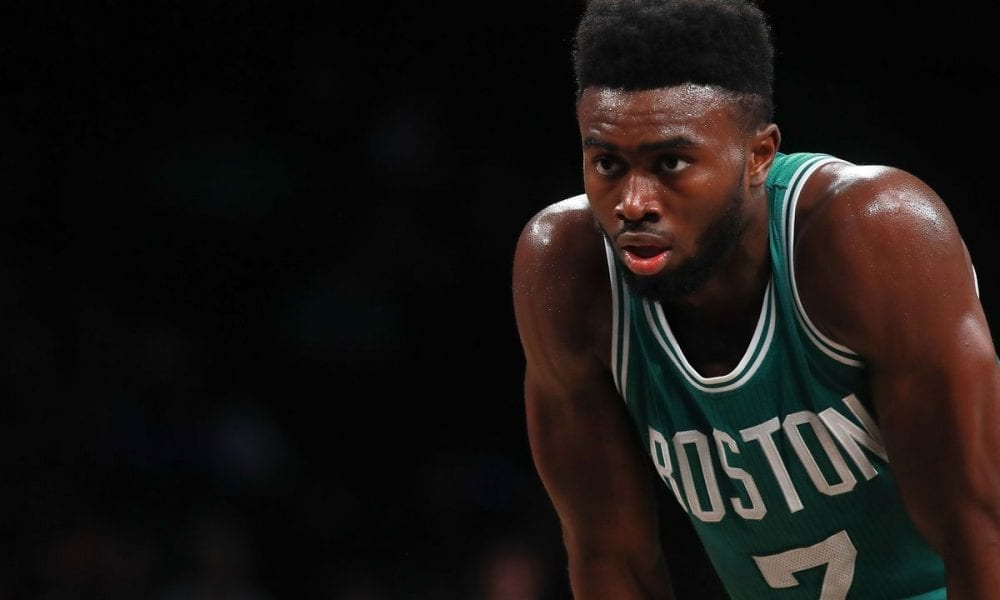 Jaylen Brown never faltered in the face of adversity against the Golden State Warriors on Thursday night.

Brown was the hustle and heart behind not one, but two, inspired 17-point comebacks.

The young Celtic finished with a team-high 22 points to go along with 7 rebounds, 2 assists and 2 blocks as Boston extended their winning streak to 14 games with a 92-88 win over the Warriors.

It has since emerged that Brown had a very personal reason to drip blood, sweat and tears on the TD Garden hardwood on Thursday, with his best friend passing away the night before.

Brown addressed the tragic matter with the media after the game.

“My best friend passed away last night,” Brown said. “It was tough, to kind of accept it at first — I was kind of in shock. Coming here today, they wanted to me play. It was hard to get my thoughts together…”

Brown initially thought there was no way he could suit up, with the pain still so raw.

That one was for you bro !! #RIP pic.twitter.com/Rnvy54Wsh2

But it was his friend’s family who gave him the strength to carry on and bravely tackle the Warriors the way he did.

Kyrie Irving later said the team decided to give Brown the game ball after his bold performance.

“It’s never a good thing when someone is going through it,” Irving said. “You do your best to console them, to encourage them. But at the end of the day, it’s about the strength within themselves. And he showed a lot of that tonight.”

Brown’s tragedy is a sobering reminder that life is much bigger than basketball.

Let his performance against Golden State be an inspiration to us all.