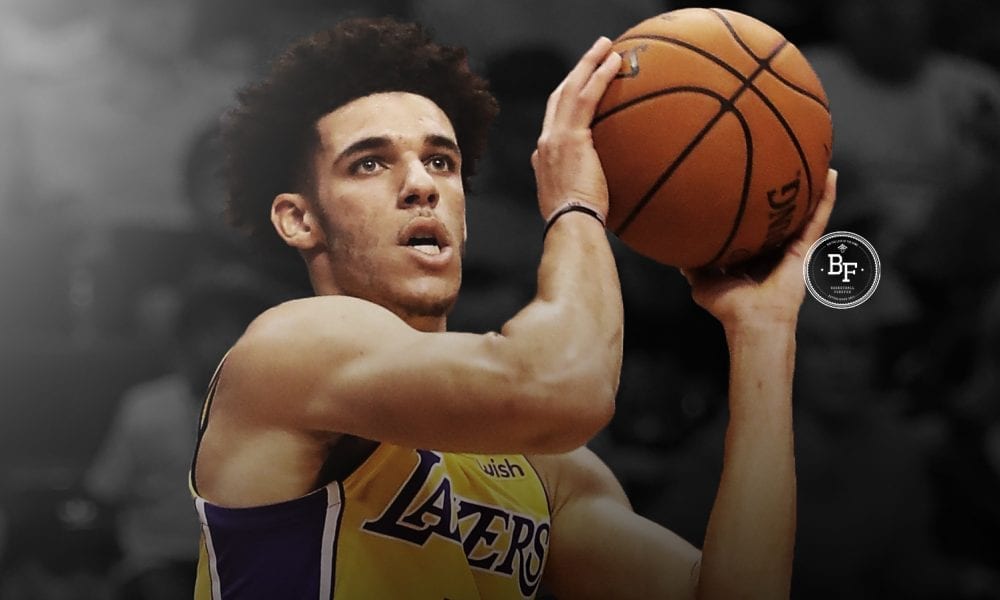 Make no mistake, Lonzo Ball is shooting the ball terribly to begin his NBA career.

His hardcore struggles have led to hordes of Lakers fans calling for Ball to change his famously funky shooting action.

This is despite that same action netting him 55% returns from the field in college, albeit against defences which do not come close to the ones he now faces in the NBA.

Speaking to ESPN’s Mike & Mike on Monday, Lakers president Magic Johnson said the Lakers would not make any alterations to Lonzo’s shot.

“I think it’s a fine line because what you have to do is first, he’s been shooting that way his whole life,” Johnson said. “So what we wanted to do is let him play his game. Let him shoot the way he’s been shooting and hopefully they’ll go in. And so, we’re not gonna mess with it.”

But Magic did say the team would revaluate the situation in the offseason.

“We’re gonna let him shoot and play his game. If after the season, and he’s not shooting well, then we’ll sit down with him and say, ‘Hey, let’s maybe look at different way or let’s try to improve the way you are shooting’. We can break it down with him, but we don’t want to mess with his shot. He’s proven that he’s knocked that shot down. And we want to encourage him to keep shooting.”

Johnson also pointed to Ball’s 7-12 shooting in the Lakers’ game in Milwaukee on Saturday as an encouraging sign.