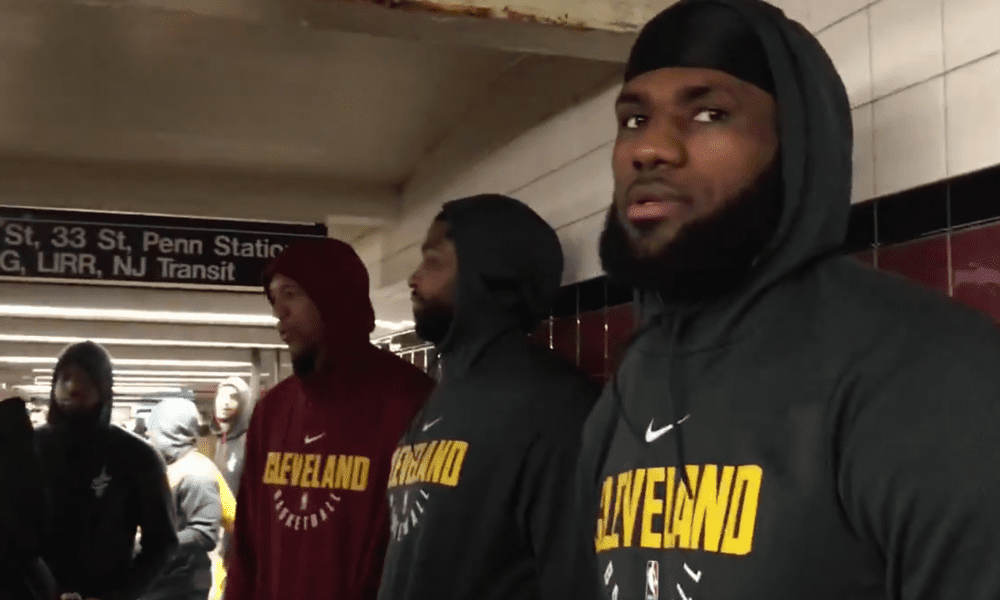 Faced with the unappealing prospect of sitting on their team bus in midtown Manhattan for 45 minutes, the Cleveland Cavaliers decided to do as the locals do and catch the subway to MSG.

While the Cavs were clearly loving the novelty of catching public transport, not everyone was impressed.

Namely, the gentleman to LeBron’s right.

Here’s a guy who’s so locked into the Monday morning grind that he appeared to either not realise that one of the most famous people in the world was sitting next to him, or simply not give a damn.

Filming people on the subway is traditionally a massive no-no.

But many of society’s rules don’t apply to the rich and famous, which is symbolised perfectly by these professional basketball players almost never taking the subway and getting all giddy when they do.

So to see the average Joe enforce those rules on LeBron James was pretty special.

The moment this video popped up online, the hunt was on for media types to find this guy, and USA Today’s For The Win soon did.

no doubt Guy In Suit will be on Ellen and Today Show tomorrow, publicly shamed by Friday after Reddit gets done with him https://t.co/1oglIp3hlY

The man in question, real estate agent and comedian James Michael Angelo, told FTW he thought James and his teammates were a college basketball team.

“I noticed a bunch of tall guys getting in the train, but I was listening to U2 and I didn’t want to be filmed … To be honest with you, they got on and they completely squished me and he was really unaware of his space. It was first thing in the morning. I hadn’t finished my latte and I didn’t feel like being filmed. Plus, it’s not good lighting in the subway.”

No one likes being disturbed before their morning coffee, much less on camera.

Turns out LeBron picked the wrong guy to mess with.