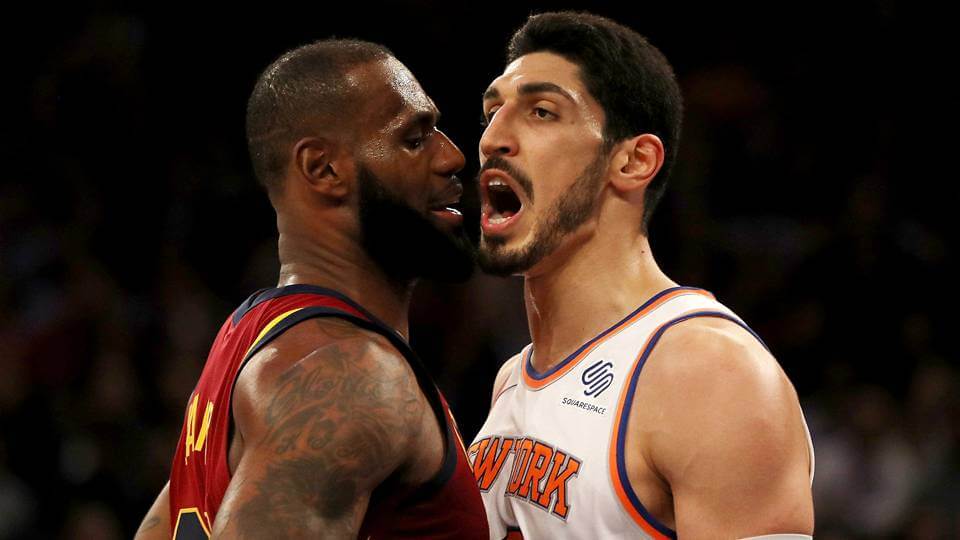 Enes Kanter has continued his war of words with LeBron James.

The day after LeBron inspired the Cavs’ comeback win over the Knicks, LBJ declared himself the King of New York.

You're welcome.. 👑of NY #myfavoriteplayground #striveforgreatness🚀

You’ll never believe this, but that didn’t go down well with the outspoken Kanter, who also got into it with LeBron on the floor on Monday night.

“We’ve already got a king; it’s Kristaps Porzingis,” Kanter told reporters at Knicks practice on Tuesday. “Sorry about that. We all got Frank’s back, we all got each other’s back. That’s what we’re playing for. I’m saying this — it’s us against the world. As soon as you step on that court, we’ve got no friends.”

It’s just the latest in a long line of shots fired between the two, the animosity stemming from LeBron suggesting the Knicks should have drafted Dennis Smith Jr instead of Frank Ntilikina.

I FREAKING LOVE MY FAMILY pic.twitter.com/rXLlbcpTUz

Enes the Menace says it’s all about family, and he has certainly embraced his Knicks teammates in a major way, having taken it upon himself to slide into the role of team enforcer.

As for LeBron, he’s sick of talking about Kanter.

“For Enes Kanter, who always got something to say…I don’t know what’s wrong with him,” he said on Monday morning, before adding after the game “I’m not going to say that guy’s name again.”