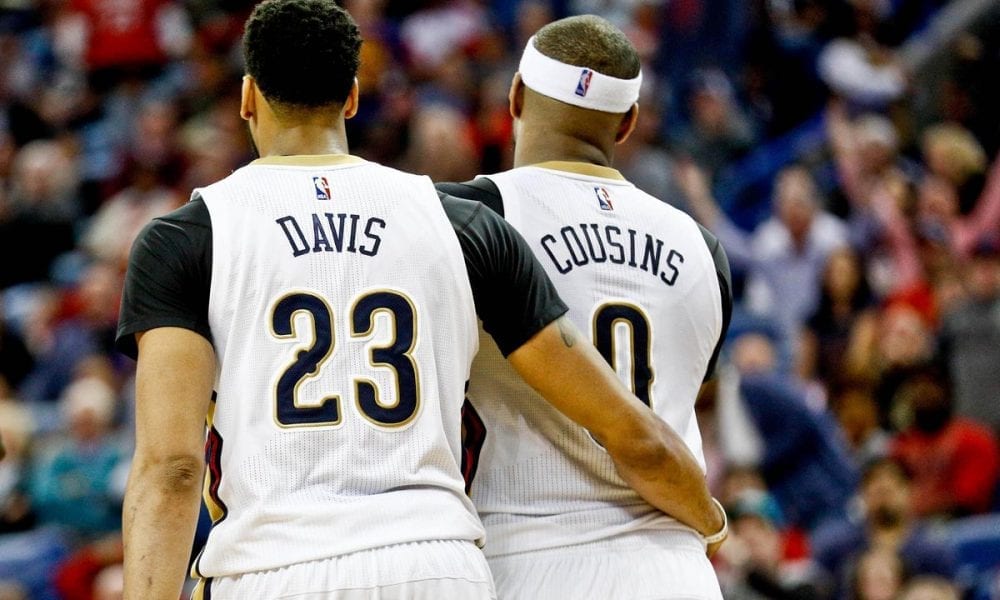 The New Orleans Pelicans are starting to excite plenty of casual NBA observers, as Anthony Davis and DeMarcus Cousins figure out how to share the floor and the team lifts itself above .500 as a result.

The Pelicans have now won four of their last five games and hold a 7-6 record.

It’s natural to want to see this team do well, as they’re a fascinating case study of piling big bodies onto the court in a league getting smaller by the day.

Those who throw caution to the wind and go against the grain often have their own gravitation pull.

The Pelicans’ current success is not sustainable.

Cousins and Davis are playing 38.2 and 37.2 minutes per game, and Davis is playing more than 40 per contest when you exclude, as you should, the night he was injured in the opening seconds against Portland.

This means Davis effectively leads the league in minutes, while Cousins is third and even Jrue Holiday is fifth.

The Pelicans having arguably the top-heaviest roster in league history, combined with Alvin Gentry feeling the pressure from a ‘win now’ ownership, means the team’s two stars are being milked for all they’re worth.

But they simply cannot keep this up for anywhere near the full 82 games.

To even try would be extremely reckless, especially considering Davis has suffered more than 25 injuries in just a tick over five seasons in the league, not to mention Holiday’s extensive and troubled injury history.

The Pelicans look like they have a shot against almost anyone with both of their star bigs on the floor, but when they sit either one of them, that production drops away dramatically.

The obvious solution is sourcing more help from the other guys, but when their best performing player outside Davis, Cousins and Holiday is Jameer Nelson – who they picked up off the scrapheap midseason – that’s easier said than done.

The main hope here is that Holiday can lift his production after a slow start to the year and that Rajon Rondo can open up some opportunities for his teammates when he returns.

In the short term, the Pels will be happy to have their first winning record since 2015 and to finally start a season with their heads above water.

But long term, their two stars are going to need some serious help.