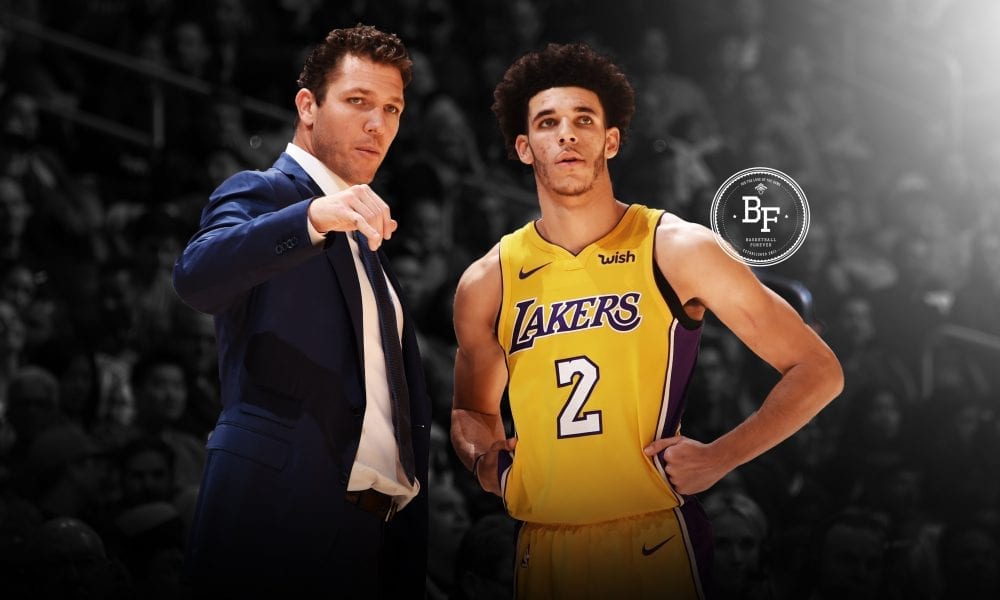 Very few rookies have been picked apart by the media as much as Lonzo Ball.

His name, his dad, and his team automatically placed him under the brightest of spotlights well before he ever set foot on the Staples Center hardwood.

One of the only other rookies to receive a similar level of over-analysis was LeBron James, and it seems fitting to draw that comparison on a day which saw Ball eclipse James’ record for youngest player to record a triple-double.

Ball later said the triple double, a statistical feat over which much of the the basketball public obsesses, meant nothing because the Lakers lost.

But that’s not true.

For Ball, everything should be about continued, gradual improvement across the marathon that is the NBA regular season and today was another step forward.

Lonzo looked noticeably more confident and assertive than in many of his recent outings.

While he’s far from a score-first point guard, the concept of aggression is still his friend and you can often tell what kind of game he’s going to have by the way he approaches the opening minutes of a contest .

He was pushing the envelope more, which led to creating more space for his teammates and finding them wide open as a result.

Lonzo was also much improved in the shooting column, going 7-12 from the field and 3-5 from deep.

That was after shooting – avert your eyes if you’re squeamish – a combined 13-55 over his previous four games.

It might only be one game, but it was definitely still something.

As Lonzo progresses deeper into the season and comes to grips with his brave new NBA world – as well as the fact he can’t play Eric Bledsoe every night – you can expect him to have games like this with increasing frequency.