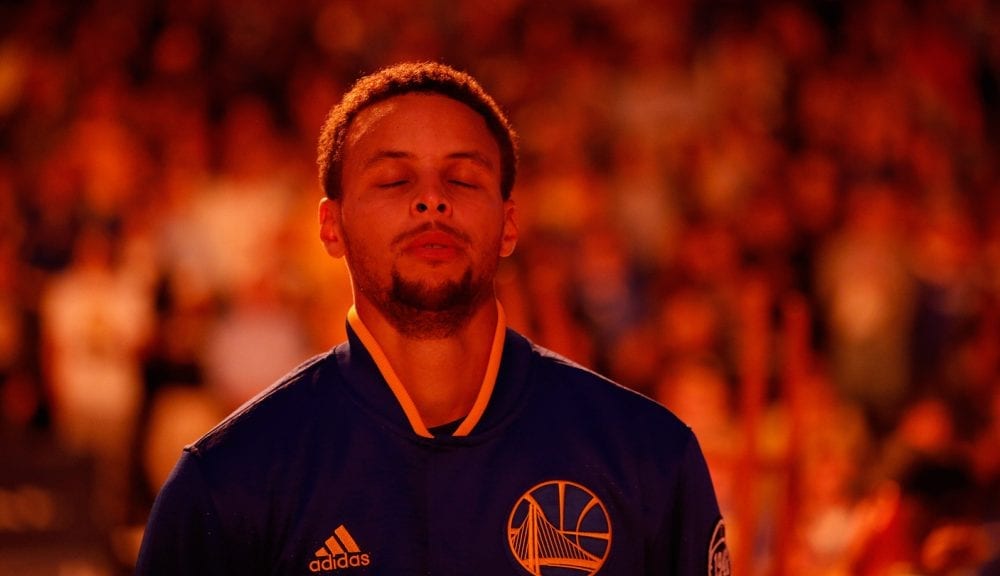 Others leave it until later in their careers to become outspoken.

But Steph Curry has decided he can’t afford to go down either road.

“In 2017, in America, silence is no longer an option,” Curry said in a Players’ Tribune piece on Saturday.

In the piece, Curry urged Americans to take “real action” in helping those who had served.

Please read this. So proud to coach @StephenCurry30. https://t.co/s3g93TPejA

“We hear all the time on TV and social media about supporting our troops,” Curry wrote. “But it’s not just about saluting them or thanking them for their service at the airport — and it’s definitely not just about how we observe the national anthem…They need real help with medical services, and access to jobs, and readjusting to society.”

“And every single veteran I’ve spoken to, they’ve all said pretty much the exact same thing: That this conversation we’ve started to have in the world of sports … whether it’s been Colin kneeling, or entire NFL teams finding their own ways to show unity, or me saying that I didn’t want to go to the White House — it’s the opposite of disrespectful to them. A lot of them have said, that even if they don’t totally agree with every position of every person, this is exactly the thing that they fought to preserve: the freedom of every American to express our struggles, our fears, our frustrations, and our dreams for a more equal society.”

Curry then touched on that Donal Trump tweet from late September.

“You know, I remember when I woke up on the morning that (I still can’t believe I’m saying these words) the President tweeted at me. You probably don’t need me to tell you this, but, man, it was … surreal…I had about 30 text messages, all at once. Just blowing up my phone…Then finally I brought up Twitter, checked on my mentions and all of that — and I saw it. It was what it was. And now, of course, it’s those same people — who couldn’t understand why I would peacefully state my opposition to our White House visit — who will tell you that pro athletes, when they engage in peaceful protest, are disrespecting the military, our flag and our country.”

By writing the piece, Curry has shown that he recognises the weight his voice carries in 2017, and that he cannot afford to let that platform go to waste in increasingly tumultuous times.

It also displayed that he cares about America’s veterans enough to push for genuine change.

Whether the rest of the country joins him in a meaningful way remains to be seen.

But as Curry rightly says, the first step is breaking the silence.