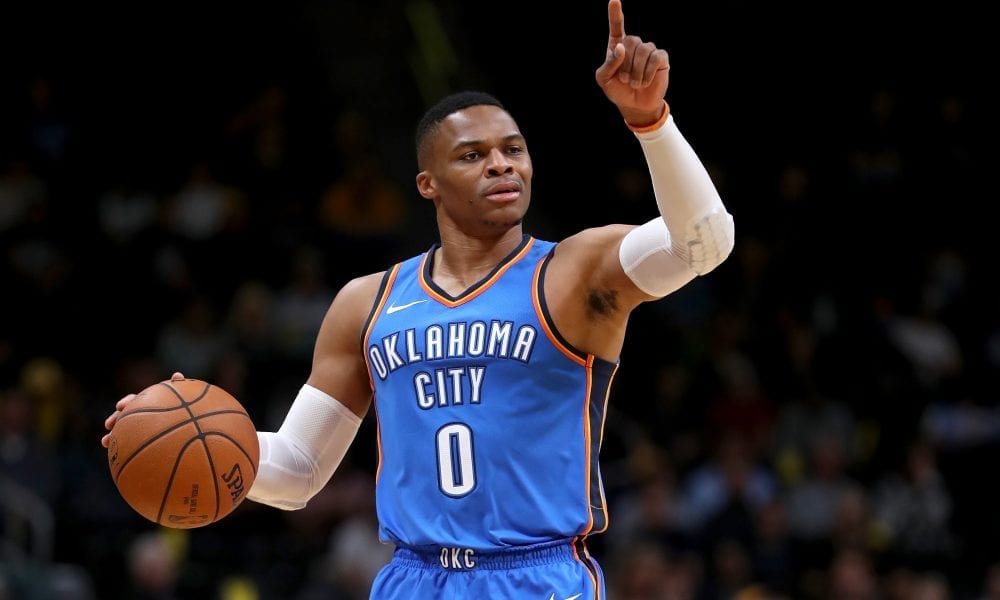 When referee decisions become the centre of attention, it’s usually safe to assume they’ve screwed up.

A good referee blends into the background to the point where you forget he’s even there, like a well behaved child at a fancy restaurant or on a long haul flight.

So when NBA players erupted on Twitter after Carmelo Anthony was handed a flagrant two after inadvertently elbowing Portland Trailblazers big man Yusuf Nurkic on Sunday, you knew something was wrong.

The NBA is so SOFT!! Carmelo got thrown out for that?? Mind you call on floor was a foul on Nurkic!! What a joke, seriously, A JOKE.

That’s not a flagrant 2…

Melo shouldn’t have been thrown out for that, flagrant 1 but not ejected that’s crazy.

Can’t believe Melo got ejected off an And1

Melo himself was in utter disbelief following the call, looking like a man who’d just had rotten fish wafted under his nose.

While Melo’s face painted more than a thousand words, his superstar teammate Russell Westrbook was even less impressed and had some choice words of his own.

“It’s a bunch of bulls**t in my opinion,” Westbrook said. “They don’t referee the same way all the time. They pick and choose when they want to do it, which is not fair, in my opinion. I’ve been in this league for awhile and I’m able to see it and understand it and what’s right and what’s wrong. And I can see it’s blatant. S–t that’s not getting looked at, in my opinion.”

As someone who goes about his business the same way every single night, it’s easy to understand Russ’ frustration towards the referees.

Rubbing salt into the wounds was the Melo-less Thunder ultimately going down 103-99 and falling below .500 with a record of 4-5.