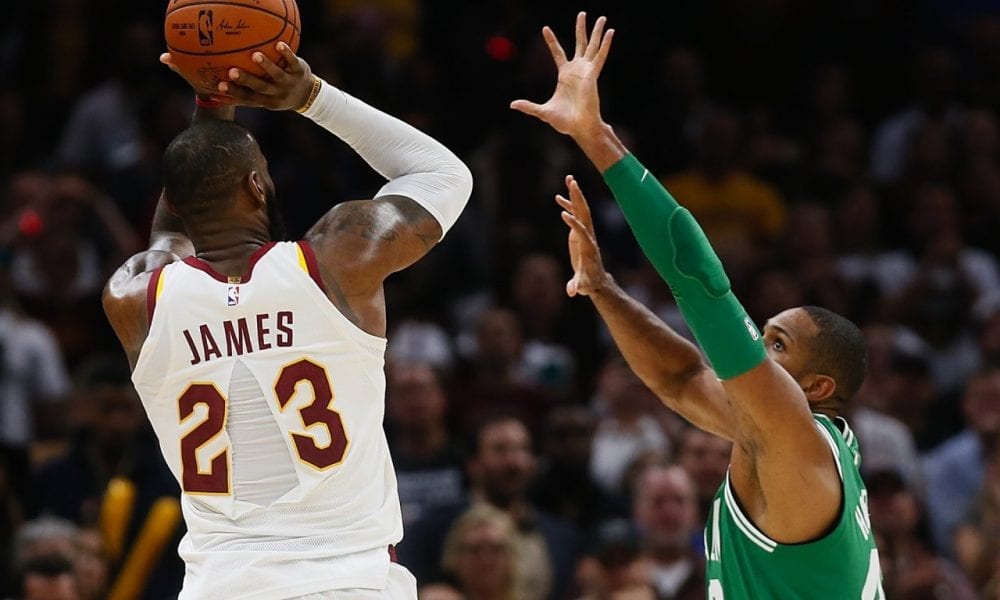 First it was LeBron James’ jersey tearing right between the digits on opening night.

Draymond Green, Ben Simmons and Kevin Love were next, although Love’s was self-inflicted.

Nike jerseys have been torn apart this season like Hulk Hogan’s shirts in the early 80s.

There are male strippers with clothing that tears less easily than this, and Nike is scrambling to quash the bad PR.

The shoe and clothing giant, which signed an eight-year $1 billion deal with the NBA beginning this year, released a statement to ESPN on Tuesday to set the record straight.

“Nike has always put the athlete at the center of everything we do and we have worked hard to create the most advanced uniforms in the history of the NBA,” the company said in the statement. “They are lighter and deliver great mobility and sweat wicking characteristics, and the feedback from players has been overwhelmingly positive. However, during game play we have seen a small number of athletes experience significant jersey tears. We are very concerned to see any game day tear and are working to implement a solution that involves standardizing the embellishment process and enhancing the seam strength of game day jerseys.”

Perhaps the most alarming thing about the tears is they have not been small, indecipherable ones, but gaping, in-your-face rips.

And the actions which caused them – Kevin Love’s WWE moment aside – have largely been standard basketball plays.

We’ve seen five major tears this season so far, which puts us on pace to reach 40 before the playoffs even begin.