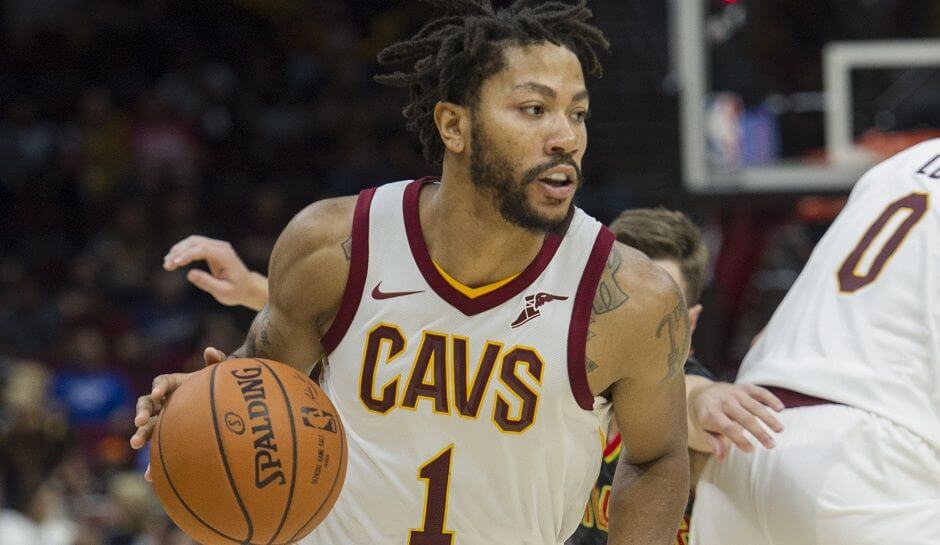 It’s hard to get high on Derrick Rose.

Even if you manage to, the high doesn’t last long before you come crashing back to earth, courtesy of the latest unwelcome reminder that Rose’s body is simply not cut out for this line of work.

Even when the Chicago native is playing one of his best games of the season – as he did when he scored 20 points on 50% shooting in a win over Washington on Friday – he will still be limited to between 28 and 31 minutes, according to ESPN’s Dave McMenamin.

But Rose is doing his best to remain positive and take the minutes restriction in his stride, despite admitting to ESPN his ankle “still isn’t there yet”.

But for a player like Rose, having his minutes limited is trivial when compared with those years he couldn’t hit the court at all.

“Let me say, for one, I’m just happy to be a part of this team, part of something that I think is special,” Rose told ESPN. “A minute restriction, there’s nothing I can do about that. But with me having all these injuries in my past, I’m kind of used to it. But whatever the team sees and the staff sees and they want me to do, that’s what I’m going to cooperate with and just go about it the right way.”

According to McMenamin, the decision to limit Rose to 28-31 minutes per game had input from Cavs coach Tyrone Lue, athletic trainer Steve Spiro and Rose’s agent B.J. Armstrong.

All three were heavily involved in formulating the plan which is designed allow the former number one pick to be healthy for his first ever Finals appearance, assuming the Cavaliers make it that far.