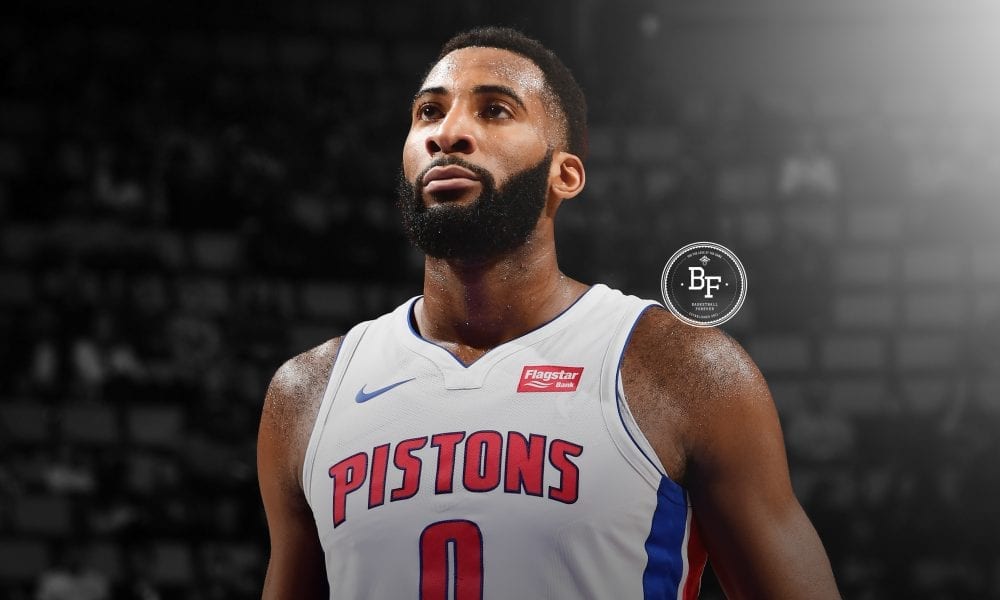 I remember when Andre Drummond got drafted.

I was watching from the couch with a few friends, and when the big man’s 30% college free throw shooting was mentioned everyone in the room looked at each other, semi convinced they must have heard incorrectly.

Plenty of folks can do better from the line well before we hit puberty.

Yet, here was Drummond, shooting 30%.

It looked like his foul line struggles – and resulting inability to stay on the court late in games – would always hang over his head.

But this season, the Pistons big man has turned everything around in spectacular fashion.

Sure, we’re working with a small sample size here, with Detroit just ten games into their very young season.

But a complete change in form is enough to suggest the former Huskie’s improve percentage will more or less hold.

Drummond has credited his rapid improvement with a renewed mental approach and shooting motion, which involves bending at the knee even more than he has in the past.

“It’s just a testament, over the years, not even just the summer, just throughout the years, the hard work I’ve put in to finding something that really works,” he told ESPN’s Nick Friedell. “And me feeling mentally strong if I do miss a shot to come back and knock down the next [ones] after that. It’s just a mental toughness thing — being ready all the time to shoot the same shot.”