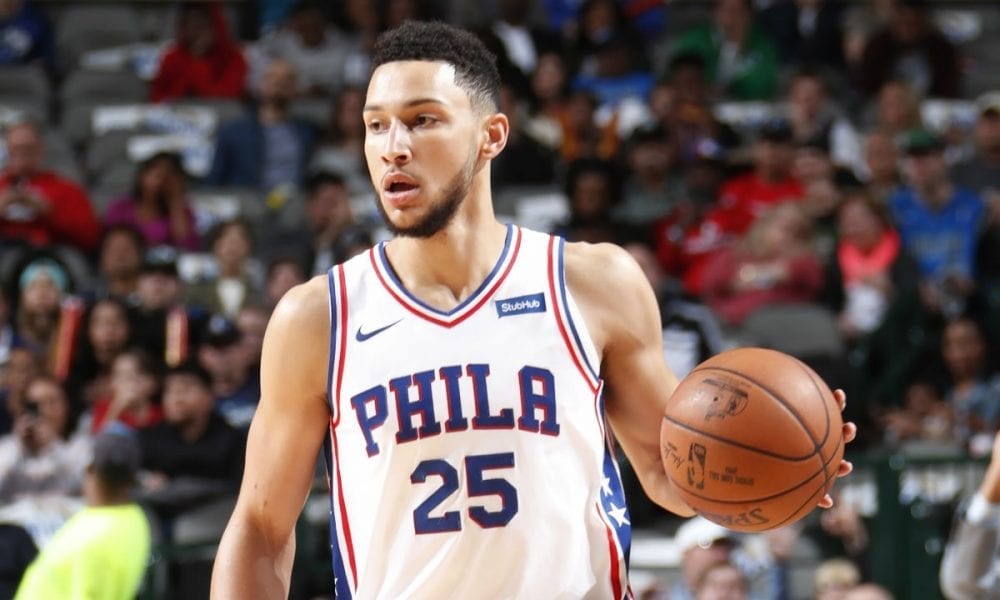 There’s something different about Ben Simmons.

His unique running style, the way he glides across the floor as if hovering slightly above it, the absurd amount of ground he can effortlessly cover in the blink of an eye.

The fact he’s doing all of this at 6’10 – while not beyond comprehension in this age of freakish athletes busily redefining the game – merely acts as further confirmation that many of the traditional norms of NBA basketball have been thrown out the window.

It’s the sort of madness which should not exist outside of the mythical realm of NBA 2K and its ‘create a player function’, which is why it was so fitting when the towering Aussie said he felt like he was playing the popular video game during his 18 point, 10 rebound and 5 assist debut against the Washington Wizards last month.

Yet after all his stunning early success, Simmons still feels he needs to lift his game.

It’s a telling sign that he has the same trait many of the greats do, where they are never satisfied despite the public praise and adulation washing over them from every angle.

Simmons made those comments despite averaging 18.5 points, 9.6 rebounds and 7.4 rebounds, while playing with the poise of a 10-year veteran.

This is just one season after NBA fans lost their collective minds when Russell Westbrook averaged a triple double.

They said it could never be done in the modern era, and when it was, the man responsible was subsequently named MVP despite playing for a middling team.

Sure, Simmons has played just 8 games and Westbrook did it for an entire season.

But the Philly youngster being so close to that same feat in his rookie year is borderline inconceivable.

Just wait until he fully feels out the league and his opponents.

Just wait until he develops his jumpshot.

Just wait until his young teammates grow increasingly competent around him.