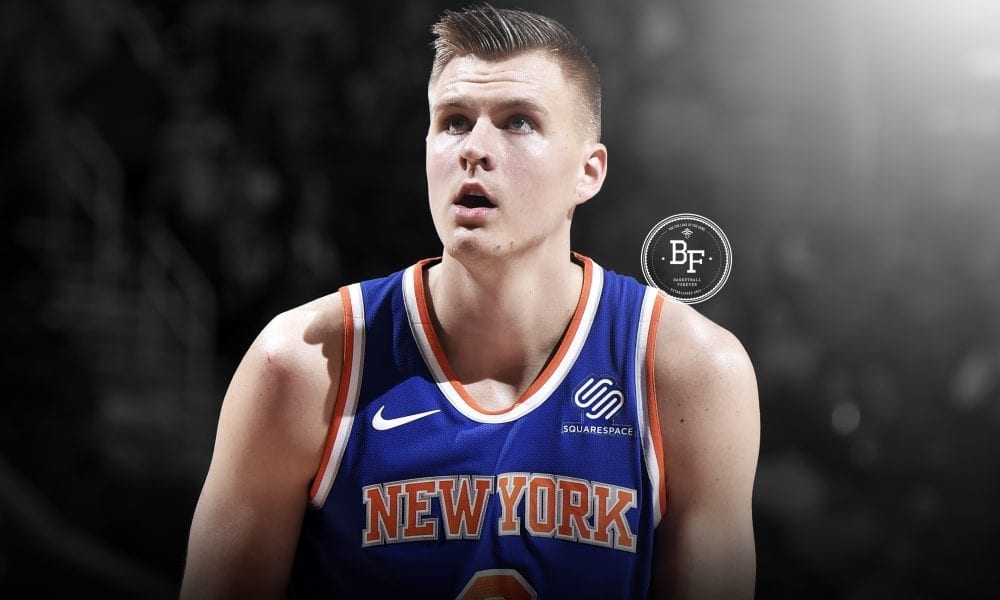 Kristaps Porzingis’ brother Janis made New York basketball fans very, very nervous on Tuesday when he said Porzingis would not sign an extension with the Knicks purely based on their ability to offer him the most money.

But the Latvian superstar was quick to quash the resulting rumours of his potential departure when he addressed the media on Friday night, indicating that he had no plans to leave New York.

“I think fans know I’m here in New York, I love New York and I see myself as a Knick for a long, long time,” he said. “And I think they shouldn’t be worrying about that.”

Jeff Hornacek said he didn't talk to Kristaps Porzingis about his brother Janis Porzingis' comments. He said it isn't a distraction.

Porzingis has made a major leap this season, his most noticeable statistical jump being his scoring, which is has increased from 18.1 to 27.9 points per game.

This offseason he will be eligible to sign a five-year rookie extension which would be worth between 25 and 30 percent of the salary cap, a projected $157 million to $188 million over that period.

To become an unrestricted free agent, Porzingis would have sign a $7.5 million qualifying offer for next season first, resulting in a massive short-term pay cut.

In the original interview which sparked all the speculation, Janis Porzingis – who works under Porzingis’ primary agent Andy Miller – told a Latvian publication: “The most important question here is this: What do you really want to achieve in your career? Because money – if Kristaps performs at least on his normal level – is gonna come. We are more focused on some other values and not just to quickly sign a new contract so we can collect the money. That’s definitely not our goal, so we won’t be feverishly counting minutes or counting points. You can’t escape the reality, and the Knicks must also see that.”

Porzingis later said the comments were taken out of context.