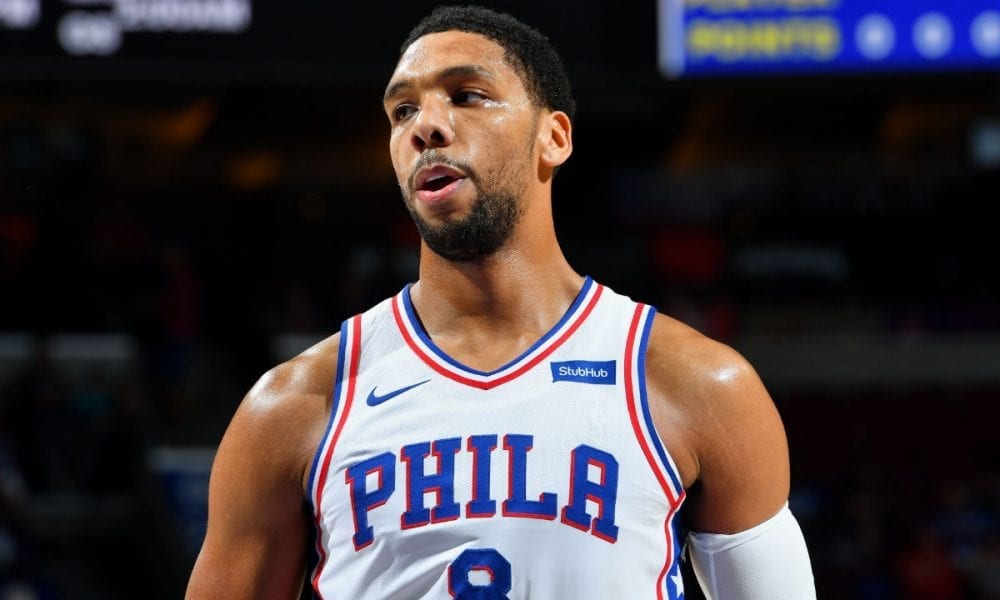 Out of favour 76ers centre Jahlil Okafor has indicated he wants out of Philadelphia more than ever.

The big man told reporters on Wednesday he had no problem with the team not picking up his fourth-year, $6.3 million option and confirmed he had requested a buyout or trade.

“Honestly, I did not want them to pick up my option,” Okafor said at shootaround on Wednesday. “This is my life. This is my career, and I’m not getting an opportunity here, which is fine. The team looks great and I’m not a part of that. I want the team to do great things, but at the same time I want to play.”

Okafor has completely fallen out of Brett Brown’s rotation this year, playing just one game all season.

He has otherwise been passed over in favour of fresh signing Amir Johnson.

76ers general manager Bryan Colangelo has been resisting a buyout, still intent on getting something in return for the big man, despite months of unsuccessfully seeking a trade.

“I’ve asked for a buyout,” he said. “I had a talk with Bryan about that yesterday, just because I want to play. I know that’s not being here. I know a buyout is one of the options where I get an opportunity to play elsewhere and to get on the court. But Bryan didn’t think that would be a good idea because he said then they would be giving me away to a team for free, but that’s pretty much where we stand right now.”

Until Colangelo can find a deal, Okafor will continue to be paid an average of $27,000 per day to sit on the bench.