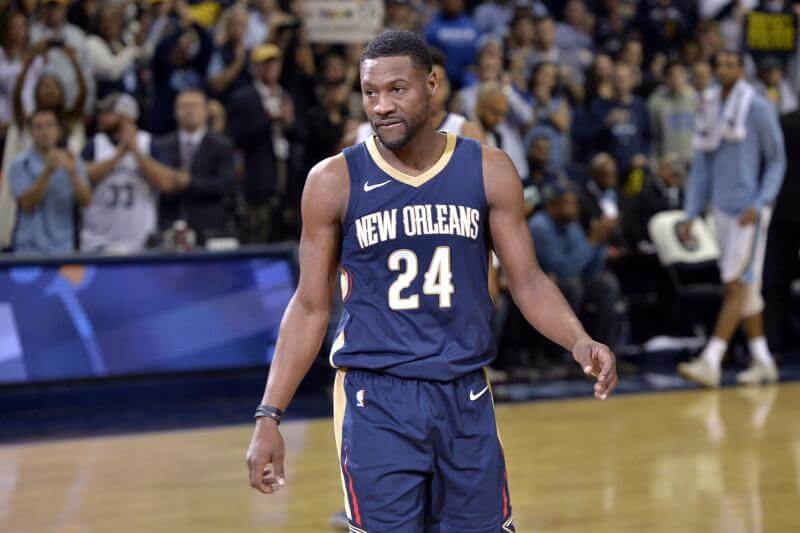 The mad flurry of player movement this offseason has spawned some emotional homecoming games.

The most noticeable difference between the two wasn’t so much the reception of the fans, but that Cousins received a rousing video tribute and Irving didn’t.

Video tributes have become something of a tradition among NBA teams honouring past star players during their first games back in town.

New Orleans Pelicans swingman Tony Allen believes the lack of tributes for Kyrie Irving this season and Kevin Durant last season were a sign of pettiness.

“That’s kind of being petty for the organization,” Allen told The Undeated’s Marc Spears. “It’s premeditated. They thought about doing that before you even came back. To give [Durant’s No. 35] jersey away [to another player], a guy who has been in multiple MVP conversations, scoring champs, got those guys to the [2012 Finals] … And another guy like Kyrie, who won a championship for those people, it’s a sign of disrespect and a sign of pettiness.”

Allen knows a thing or two about video tributes and what they mean to returning players, having received one of his own earlier this season during his return to Memphis.