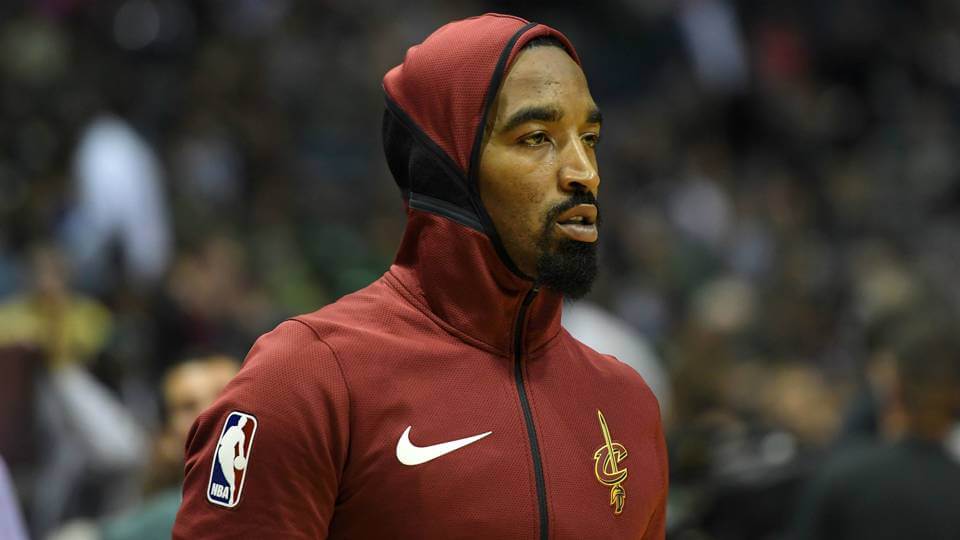 While the majority of all hoodie-based commentary this season has surrounded Carmelo Anthony, a war of words has broken out between JR Smith and Stephen A. Smith regarding the shooting guard’s decision to wear a hoodie during warm-ups.

Stephen A. was quick to draw parallels between Smith’s clothing choice and Trayvon Martin, likely referencing the 2012 Miami Heat appearing in a photo in hoodies with bowed heads following Martin’s murder.

“In Game 1, when they played against Boston, JR Smith was sitting on that bench with a hoodie on,” Stephen A. Smith said. “I don’t know why the hell Nike made these damn uniforms that had hoods attached to it, by the way. You got a lot of white folks in the audience that are gonna think this is Trayvon Martin being revisited, and I’m not joking about it. The bench is no place for someone to be wearing hoodies.”

But Smith could not see anything wrong with his choice of bench attire and hit back at the ESPN personality on Twitter.

This man is always reaching. What does me wearing my Hoodie on the bench have anything todo with reminding “white people” of #trayvon

One they shouldn’t forget about him! An 2 how does me out of all 450+ Nba players. Like seriously keep my name out ya mouth. @stephenasmith

You want to talk about me not playing that’s fine but don’t try an put me in something I have nothing todo with. An I’m not the only one!

Saw what ya said @TheRealJRSmith. Wasn’t talking about YOU went I went at the hoodie. Was talking of NIKE & how I don’t believe hoodies…..

Should be part of basketball uniforms, that’s all. I won’t respond to anything else @TheRealJRSmith b/c I get to see if you’ll BALL. That…

Is what matters. You ain’t playing in a garage by yourself. YOU could be the difference @TheRealJRSmith. We’ll see what you do. PERIOD!

And btw…..I shouldn’t even get on NIKE b/c A.) Don’t even know if they designed it and B.) the hoodie could look fly in other instances.

JR has continued to wear a hoodie since the criticism, telling reporters after the Cleveland’s loss to New Orleans “That’s what I’ve always done”.