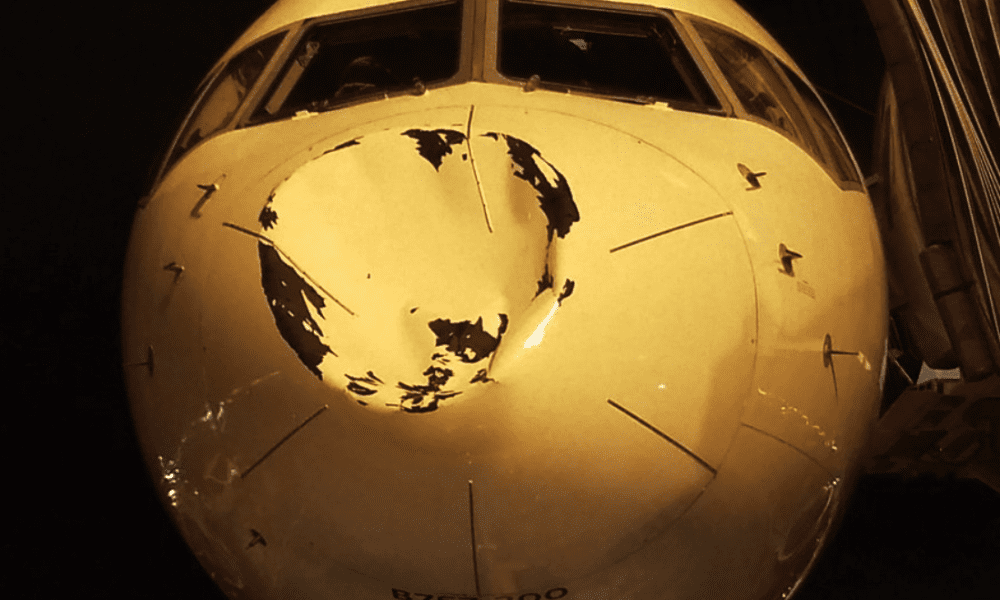 The Oklahoma City Thunder experienced a frighteningly bizarre problem on their flight from Minneapolis to Chicago on Saturday.

While everyone made it to The Windy City safely, several players noticed – and subsequently tweeted – that the front of their plane had been completely caved in, as if recently encountering a head-on collision with Superman.

I guess we hit something? 30,000 feet up… pic.twitter.com/Rem9GmwRKq

What possibly could we have hit in the SKY at this time of night? Everyone is Safe, Though. “All Praise Due” #ThunderStrong

Delta airlines, who are in charge of the Thunder’s charter plane, have since suggested in an email exchange with The Oklahoman, that a bird could have been responsible for the damage.

“Delta flight 8935, operating from Minneapolis to Chicago-Midway as a charter flight for the Oklahoma City Thunder, likely encountered a bird while on descent into Chicago,” the spokesperson said.

But at this stage, no one knows for sure and Delta’s maintenance teams are still evaluating the puzzling situation.

Here’s hoping someone has the answers soon.

Hey @NASA @neiltyson @BillNye
We had a rough flight to say the least.