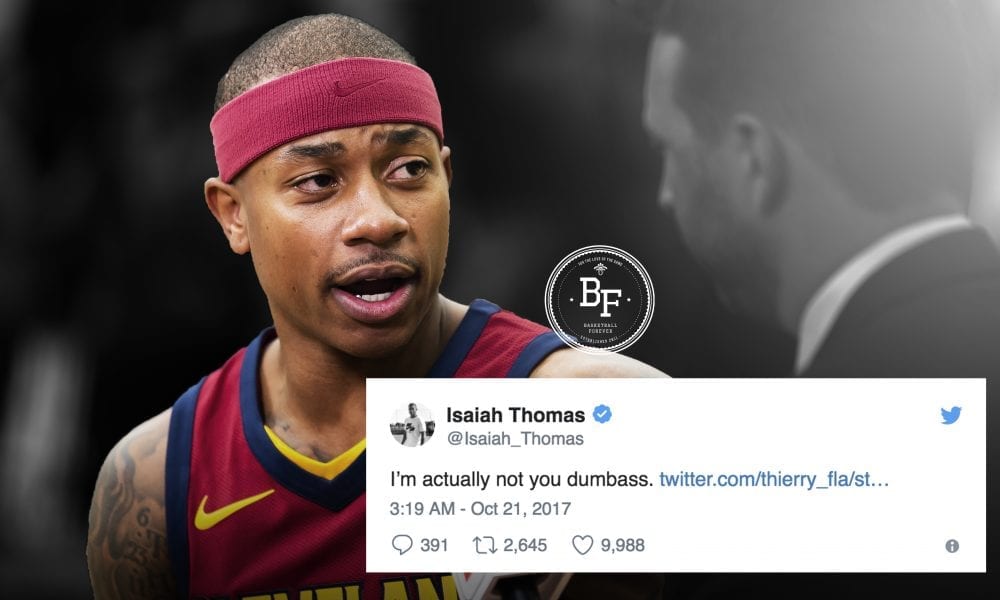 It’s a miracle Isaiah Thomas can still stand, given the size of the chip on his shoulder.

The man is a badass mother who don’t take no crap off nobody.

If he wanted to make it to the NBA despite being chronically undersized and written off his entire life, he had little choice.

He made no secrets of the pain he felt following the Boston trade.

He said he might never speak to Boston GM Danny Ainge again after trading him.

So many of the things Thomas does and says publicly have venom to them.

Today we learnt that the same rules apply to Twitter trolls.

Earlier today Thomas did not shy away from a Twitter user who claimed he was just “butt hurt” the Celtics traded him.

While it’s true that a Lion doesn’t concern itself with the opinion of sheep, there’s something immensely satisfying about seeing the lion tear that sheep to shreds every now and then.

It was no “glazed donut face ass” Carmelo Anthony tweet.

But Thomas still won the day.

His troll appears to have been red-faced after being called out in front of the world, having since deleted his ill-conceived tweet.