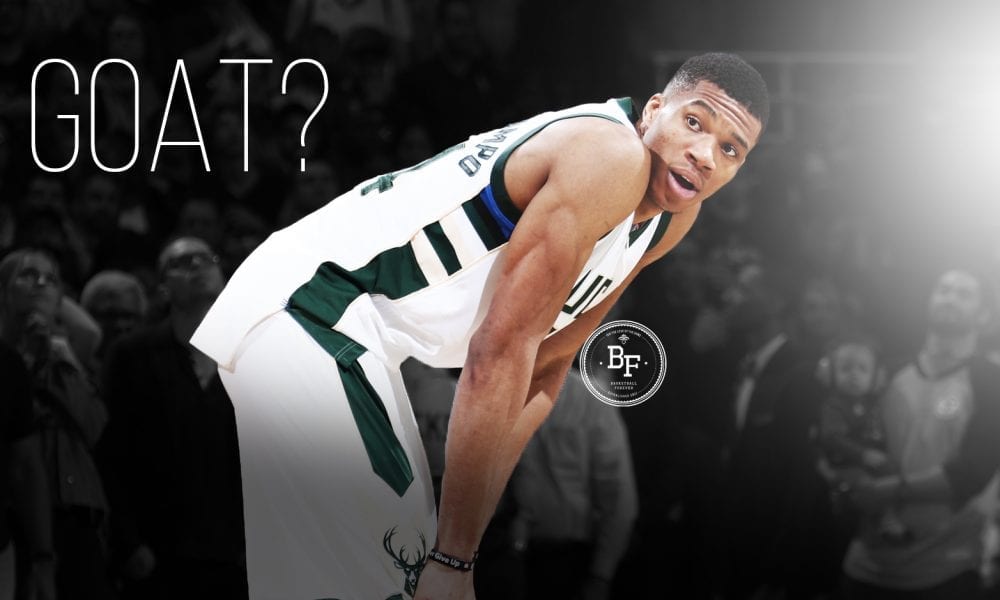 Giannis Antetokounmpo started as a little known prospect who’s only basketball resume came in the form of grainy YouTube clips of him playing in empty gyms in Greece.

He’s come a long way since then and fellow noted hooper Kevin Durant believes he can go even further.

Speaking during a YouTube Q&A session, KD had some big things to say about the Greek Freak.

“The Greek Freak, I think, is a force. I’ve never seen anything like him,” Durant said. “His ceiling is probably … he could end up being the best player to ever play if he really wanted to. That’s pretty scary to think about. He’s by far my most favourite player to watch.”

Praise doesn’t get much loftier than that, and this is coming from a guy who gets to watch Steph Curry play from two feet away.

Durant isn’t the only one expecting Antetokounmpo to have a massive season either.

In this year’s GM survey, the league’s top executives ranked the young Buck second on their list of players they would want to start a franchise with, just behind Karl-Anthony Towns.