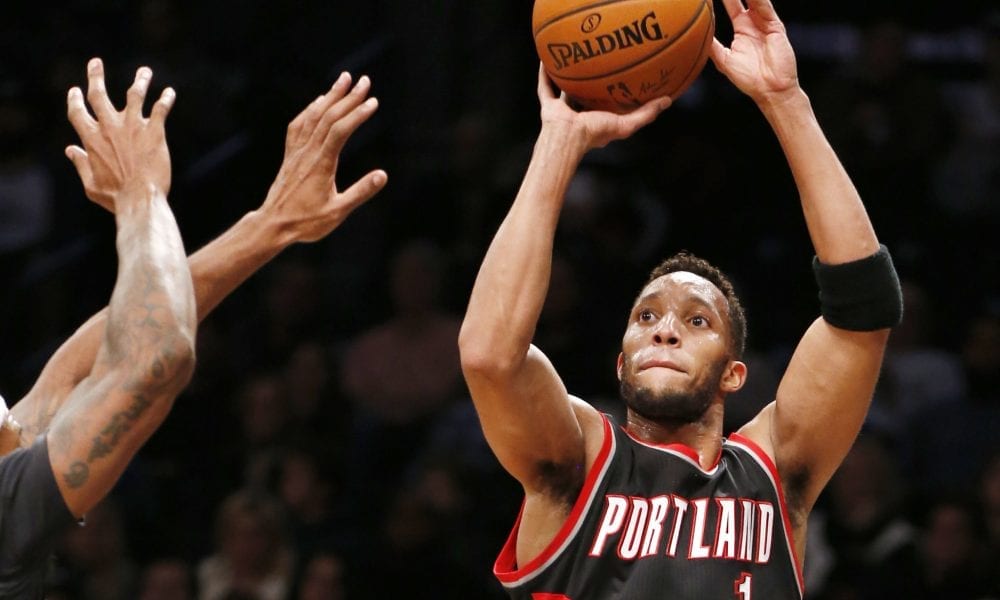 Having been suspended for one game after leaving the bench during a scuffle between Alex Len and Caleb Swanigan on Wednesday, CJ McCollum has taken the punishment on the chin.

“I’ve been in the league way too long to have a mental lapse like that,” he told ESPN’s Adrian Wojnarowksi.

“I want to apologize to my teammates and the organization for putting our team in this situation. The Western Conference is already tough enough as it is. It won’t happen again. Lesson learned. I take full responsibility for those eight expensive and costly steps.”

But McCollum’s teammate Evan Turner was scathing of the NBA’s decision, with the punishment clearly not fitting the crime and McCollum’s actions by no means malicious.

Turner was furious and absolutely went off on Twitter.

At least donate the fines to the boys and girls clubs that he supports! https://t.co/3R2O7JMM6O

It’s our money and we earned it. We care about what’s coming in and out. Just because it’s a lot doesn’t mean it’s frivolous to us https://t.co/e5cJfAFxrP

Unfortunately for McCollum, rules are rules.

Players such as Turner clearly want those rules changed.

But seeing as this one was brought in following the infamous Malice at the Palace, as the NBA took bold steps to ensure nothing of a similar nature ever happened again, it’s unlikely the league will budge any time soon.