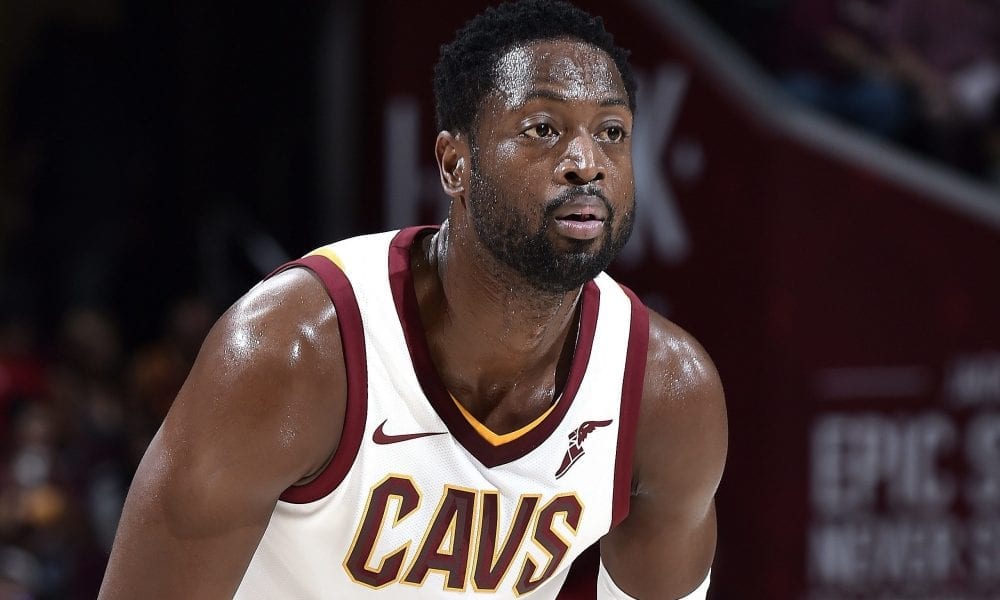 Many Cavs die-hards joined the dots which may or may not have been there, concluding Irving wasn’t so much complimenting Boston as he was taking a shot at Cleveland.

For those who bled wine and gold, it felt like Irving was posting a photo with a new girl at the club a little too soon after the breakup.

New Cavalier Dwyane Wade has since weighed in with his thoughts, and they’re both wise and plentiful.

“I’ve always tried not to be too, me personally, oversensitive to what I read or what somebody says because I wasn’t there when they said it…” Wade told ESPN’s Dave McMenamin. “…If you’re Cleveland and the way they were left, you read it one way. If you’re a sports fan somewhere else, you read it another way. So it just depends on how someone wants to take the quote when someone says it. Unless you were there and you heard it and saw his facial reaction and know how he really meant it. That’s how I look at things.”

But Wade wasn’t done dropping wisdom bombs, mentioning a few things he’d learnt along the way in terms of discussing former teams with the media, and Irving might want to take notes.

“My thing has always been — even in Miami — first of all, you never know where you’re going to be, what’s going to happen, where you’re going to end up, who you’re going to be teammates with,” Wade said. “You just never know those things, so I never want to leave a place and talk s— about a place. Because when you were there, it was great, and then you leave, it’s terrible? It’s just like players. Fans celebrate players when they’re there, and then they leave, and it’s the worst thing. That’s not me. That’s not how I do things. I’m appreciative of what people have done for me, what organizations have done for me, and I hope they’re appreciative of whatever I can bring or whatever I’ve done — on and off the court. So, it doesn’t always go that way, but that’s the way I try to make it when I can control it.”

While Irving never directly mentioned Cleveland at all, his comments were always going to irritate those back in The Land, and he might do well to take a page out of Wade’s PR playbook.