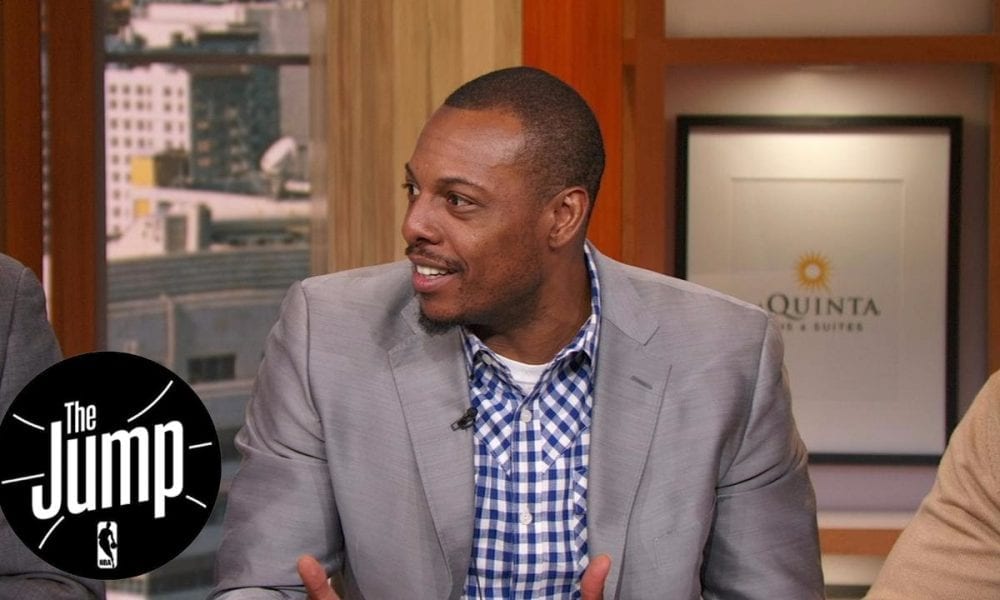 When Paul Pierce was asked for a ‘crazy’ prediction on today’s instalment of The Jump by host Rachel Nichols, he took the request to heart and went full-crazy.

“The Oklahoma City Thunder will raise the Bill Russel and Larry O’Brien Trophy this year, with Russell Westbrook being the MVP,” Pierce boldly declared.

Nichols was blown away.

“Wow! I didn’t say your insane, off-the-wall prediction!” she said.

Pierce went on to say he believed the Thunder were only one ankle-sprain away from being the best team in the league.

While OKC have some ball-sharing, chemistry and defensive issues to sort out before they’re ready to seriously challenge the seemingly unstoppable Warriors, this prediction represents a can’t-lose scenario for Pierce.

If the Thunder somehow win it all, this clip will be dusted off and Pierce will be hailed as a genius.

If they don’t, it’ll either be looked back on as a bit of fun, or forgotten all together.