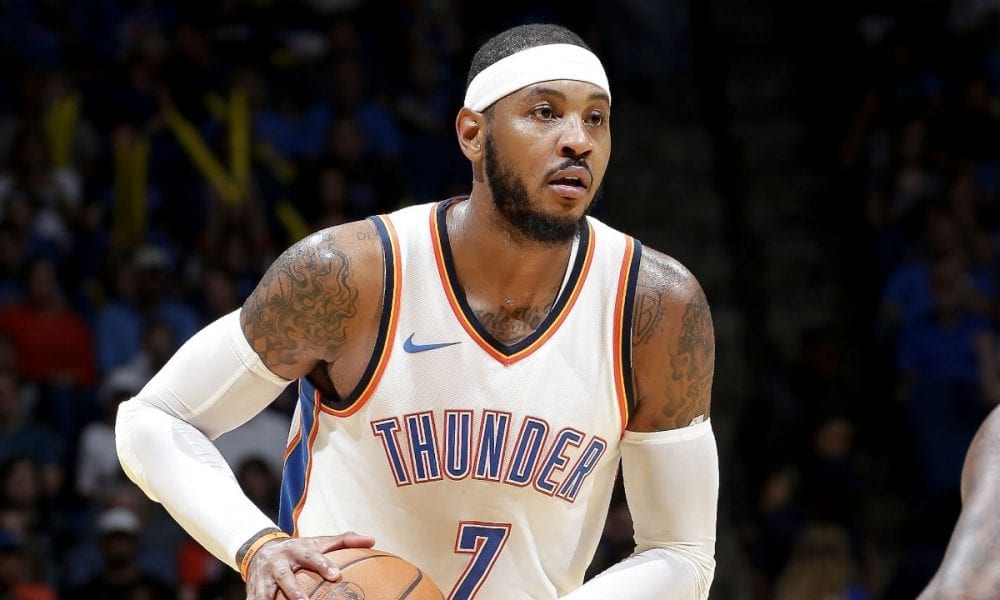 Just as Carmelo Anthony’s time with the Oklahoma City Thunder is beginning, his years of releasing signature Jordan Brand shoes is reportedly ending.

But when he was asked to address the matter this week, Anthony effectively told reporters what he tells everyone around the rim when he goes up for a rebound:

Melo has a history of saying “I got it, get the f—k out of here” when grabbing rebounds. 😂

Carmelo Anthony’s response to report his Jordan Brand shoe is getting discontinued: “I don’t read into false news.” pic.twitter.com/Qsbna6sFY4

“I don’t read into false news”, he said blunty.

While sneaker companies rarely discontinue a player’s shoe without letting them go, Melo is set to remain with the iconic company.