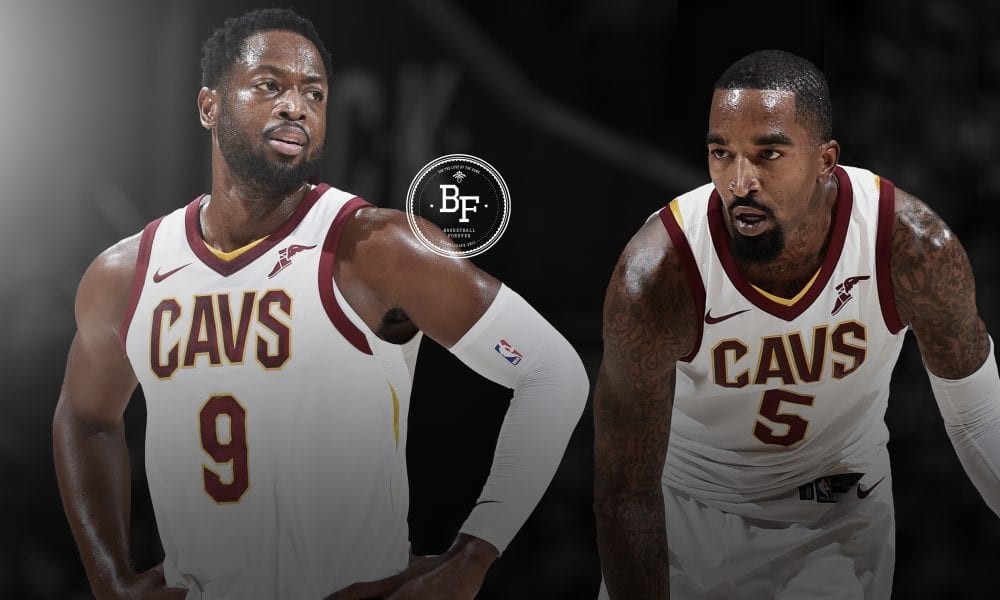 Dwyane Wade is making himself right at home in Cleveland.

Tyronn Lue says he has named Dwyane Wade his starting shooting guard to start the season. J.R. Smith will come off the bench.

Having opened training camp with Wade at backup point guard, Cavaliers coach Tyronne Lue announced Monday he would shift Wade to his traditional starting shooting guard position, while using Smith as his primary spark off the bench.

Wade will start alongside Derrick Rose in a completely new-look Cavaliers backcourt.

LeBron James, Jae Crowder and Kevin Love – the latter having moved from power forward to center – will round out the starting five.

It has been speculated that such a move could agitate Smith, with many expecting he may not take kindly to losing his starting spot.

But Lue told reporters on Monday that Smith is cool with the decision.

“He was fine,” Lue said. “It’s tough, you’ve been in position where you went to three straight Finals and you’ve been the starting 2-guard. But like I said it’s about sacrifice if you want to win. JR was great about it. Just knows he has to have a different role right now so we’ll see how it works.”

Smith’s comments at a team media day last month, which addressed a possible bench role to make room for Wade, certainly seem to back up Lue’s assurances.

“As long as we win, I don’t care,” Smith said at the time. “Honestly. If anything, it prolongs my career. I don’t got to do as much, I ain’t got to chase as many defenders around and so instead of me playing 18 years, I can get to 20, 21 years.”

J.R. Smith said “absolutely” he is frustrated that he lost his place in the Cavaliers’ starting lineup to Dwyane Wade, though neither he nor Tristan Thompson aim to make trouble now that they’re both coming off the bench.

The Cavs will give their new starting lineup its first true test when they host Kyrie Irving’s Boston Celtics in the season opener on October 17.