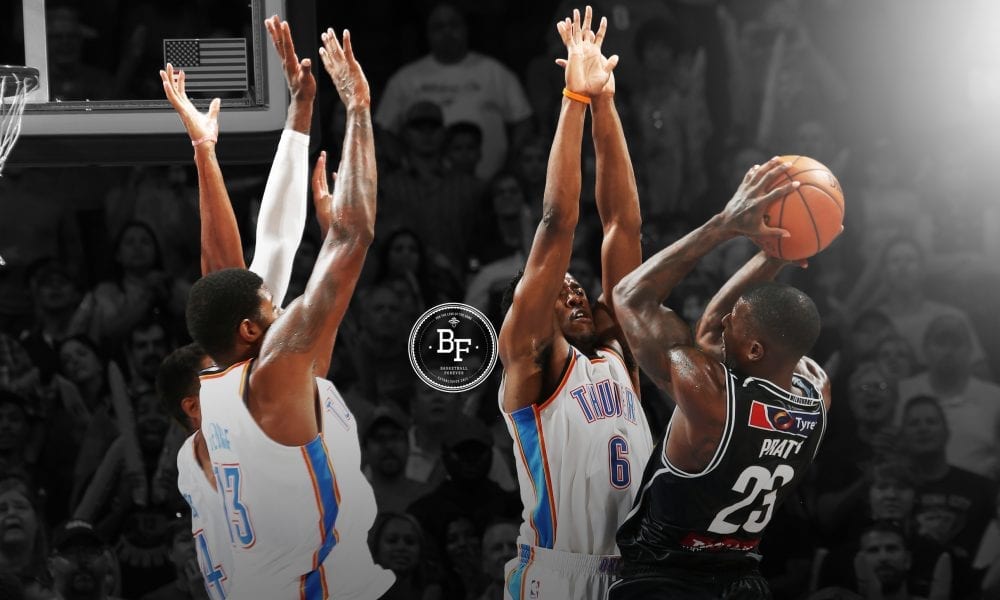 Just one day after Russell Westbrook told reporters he “ain’t expecting sh*t” from the visiting Melbourne United, the Australian club has gone within one point of causing one of the great basketball upsets over his very own Thunder.

Russell Westbrook with the ROASTING of Melbourne United Basketball Club

Led by Casper Ware (20 points) and Josh Boone (15 points), Melbourne hung with OKC all game and even had the chance to win the game in the dying seconds.

With five seconds remaining, United centre Josh Boone attempted a layup which would have put the underdogs in front, but it was blocked by athletic Thunder small forward Josh Huestis.

Melbourne retained possession after the ball trickled out of bounds, but Huestis duplicated his acrobatic exploits by swallowing up Casey Prather’s would-be game-winner at the death.

Nonetheless, the shocking near-win has whipped the Australian basketball world into an almighty frenzy.

It might only have been a preseason game, but after the Utah Jazz downed the Sydney Kings 108-83 a week ago, many expected the margin to be even greater when an undermanned Melbourne faced a full-strength OKC squad.

Australia prides itself on its true underdog sporting stories and sticking it the big dogs – just ask Shane Heal – and this has formally marked the moment the NBL introduced itself to the world.

And as for Russell “we ain’t expecting sh*t” Westbrook’s post-game thoughts?

Well, he was slightly more complimentary after the game, according to The Age’s Roy Ward.